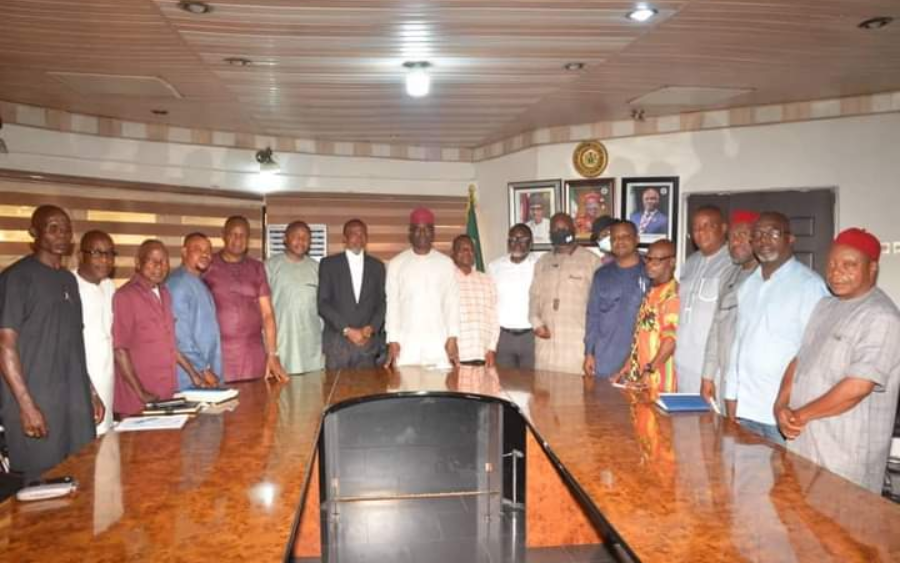 Abia Government has charged the oil-producing communities in Ukwa West Local Government Area (LGA) to protect the oil facilities in their areas.

Gov. Okezie Ikpeazu of Abia gave the charge on Thursday while addressing the protesting youths of the LGA.

The youths were at the Government House, Umuahia to register their disagreement with “the misrepresentation of facts regarding oil wells in the area”.

Ikpeazu said that the charge became necessary to check pipeline vandalism in the area.

He expressed the need for concerted efforts by host communities to complement the government’s efforts to protect oil facilities.

He said that the measure would enable oil-producing communities and the state at large to get adequate benefits from the resources in their area.

The governor, represented by the Secretary to the State Government, Chris Ezem, said that allowing illegal oil activities to thrive would deny the area the resources for socio-economic development.

“If you are supposed to have 100 per cent crude processing and 70 per cent stolen through oil bunkering, it means that what will be recorded by the authorities is 30 per cent derivative.

“If oil bunkering thrives, it means few individuals will siphon the resources and the money will go into their pockets, while the community will get less.

“It is only what is processed that the Federal Government will pay the community from,” Ikpeazu said.

He said that Abia Government would not allow the facts, regarding oil production in the area, to be upturned.

He assured them that the alleged misrepresentation would be corrected in due time.

He commended the youths for being peaceful in their agitation to express their grievances and assured them that government would do the needful.

Earlier, the Spokesperson of the group, Ebere Ekeleme, said that they came to make a clarification regarding the number of oil wells in the area with respect to a document presented to Abia House of Assembly.

He called for the correction of the misinformation about the oil-producing community with the highest number of oil wells in the LGA.