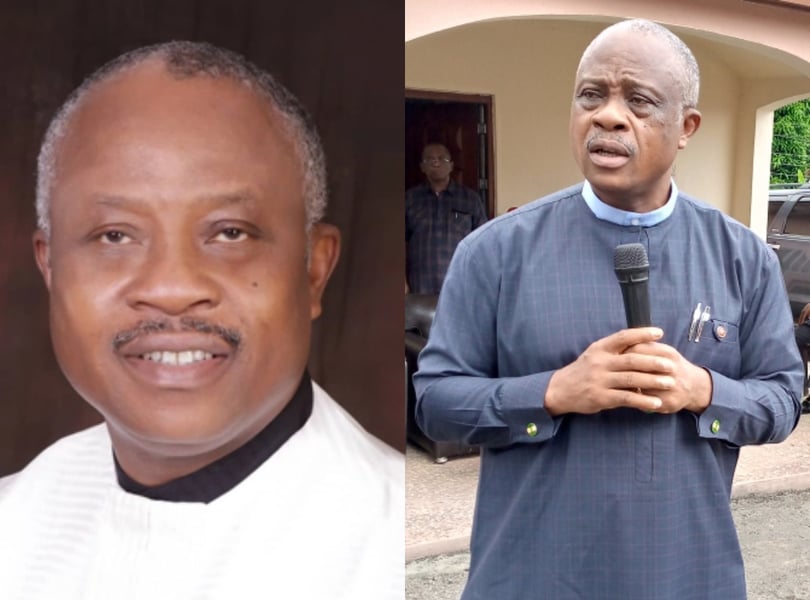 An Abia State High Court sitting in Umuahia has affirmed the suspension of Chief Ikechi Emenike, the governorship flag bearer of the All Progressives Congress (APC), as handed down by his ward.

The Court presided over by Hon. Justice A.O. Chijioke in the judgment held that the suspension of Emenike has denied him all membership privileges as provided by the APC constitution.

“The purport of this judgment is that Chief Ikechi Emenike is not fit to participate and/or contest in the ongoing primaries of the APC in Abia state until the judgment is set aside and/or upturned on Appeal”, the court ruled.

The court restrained Emenike from parading himself as a legitimate member of the APC, while also restraining the APC from recognising or dealing with Emenike as its member while his suspension subsists.

The suit marked HU/6/2022: Chinedum Nnoke& 2 Others. V. High Chief Ikechi Emenike & 3 Others, was filed by three members of the Abia State chapter of APC challenging the membership status being accorded to Chief Ikechi Emeinike, despite his subsisting suspension by the Nkwoegwu Ward of the APC, for anti-party activities.

Reacting to the judgment, Anaga Kalu Esq. commended the Court for “a detailed exposition of the Law, as it concerns membership rights, disciplinary measures and effects thereof on political party membership, with particular reference to the APC and her constitution.”

Commenting on the judgement, an APC chieftain, Chief Ifegwu Uduma said the judgment could definitely have a great impact on the permutations and plans of the APC in Abia State, but regretted that most credible contestants under the APC have jumped ship into other Parties before the judgment.

“It is clear from this judgment that Chief IkechiEmenike has been excluded from the APC’sprimaries in Abia, thereby throwing the race for the Abia State governorship ticket of the APC, open to the remaining contenders within the Party.”

When contacted, APC Chairman, Dr Kingsley Ononogbu said he was not aware of the said judgement as he was just returning from the party’s convention.