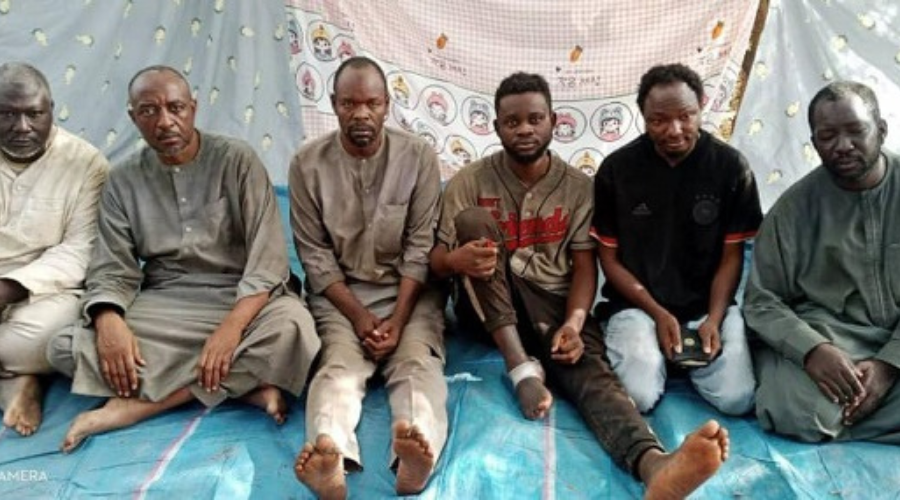 Terrorists responsible for the Abuja-Kaduna train attack have shot one of the 50 victims in their custody.

The negotiator, Tukur Mamu, had raised the alarm about the deteriorating health conditions of the victims, identifying the shot passenger as Mohammed Al’Amin.

He said some have suffered from snake bites.

According to Mamu, publisher of Desert Herald tabloid, the shooting occurred on Monday during “friendly exchanges of fire at the forest between the abductors to prevent possible escape of any of the victims”.

The bandits had threatened to stop feeding their victims and start executing them within a week but they were pacified.

Mamu said though the shooting could have been accidental, “it could also be intentional from them for the purpose of sending a message”.

He added: “Killing of their victims is something we know they can do. They have threatened to do that before.”

He said the said Federal Government must take full responsibility if it does not act fast.

“There has been communication constantly but government is yet to take a decision.

“I assure them we can do it with their support and cooperation, and if it didn’t happen, as long as the government does the needful, I will agree and accept to take full responsibility.

“Cases of emergency such as this do not require unnecessary bureaucracy.

"I can confirm to you that the said passenger has been shot.”

Mamu said he considered withdrawing from the negotiations for personal reasons, but pleas from family members of the victims, Sheikh Ahmad Gumi and government officials made him reconsider.

He said he pleaded with the abductors on Tuesday to free the shot victim so he can be treated in view of his critical condition, but the terrorists insisted they would not entertain any demand except the government met theirs.