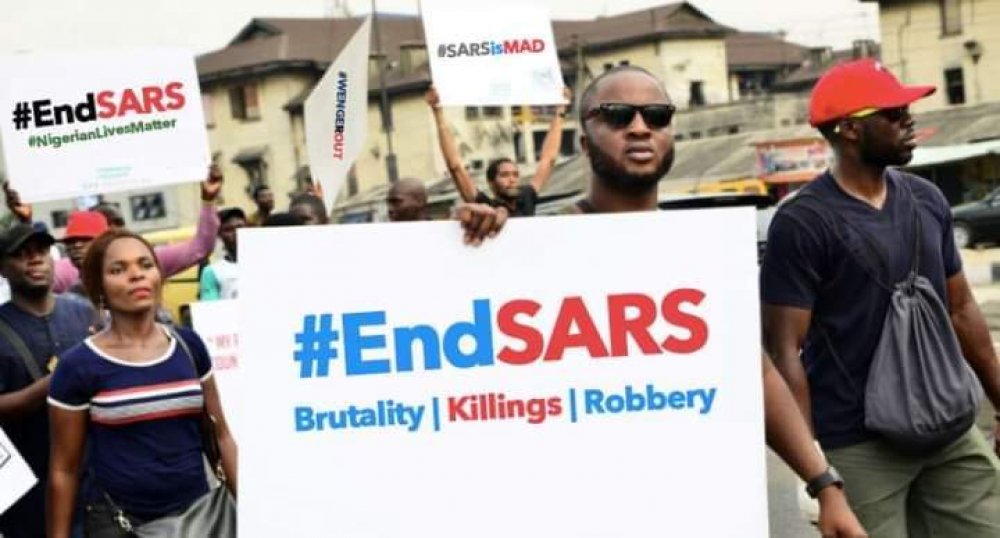 Kingsley Kalu, a victim of the defunct Special Anti-Robbery Squad (SARS) brutality is asking for a N200 million compensation and a prosthetic limb for losing his leg to a bullet from the gun of a police officer, Daniel Akpabio, in Abuja.

According to Sahara reporters, Kalu tabled his demands to the Independent Investigation Panel On Allegations of Human Rights Violations by the disbanded SARS and other police units, sitting in Abuja on Monday.

In his petition, Kalu admitted that the Divisional Police Officer of the Maitama Police Division paid him a sum of N150,000 while he was on admission at Cedar Crest Hospital. He was, however, transferred to the National Hospital for surgery.

According to Kalu, he was out with his wife and brother-in-law on the evening of October 18, 2017, barely two months after his wedding, when he was shot by Akpabio, a policeman with the defunct SARS.

Kalu also informed the panel that he petitioned the Inspector General of Police, Mohammed Adamu, asking for the dismissal of Akpabio, a compensation of N200 million, and a prosthetic limb.

He told the panel that his appearance at the panel was fuelled by the negligence of the Nigeria Police after he was shot in the left leg by one of its men.

Counsel to the respondents, Fidelis Ogobe, stated that Akpabio faced an internal investigative body of the police when the complaint was lodged and found guilty. According to Ogobe Akpabio was recommended for dismissal and would soon be charged to court in accordance with the law.

Although Kalu’s counsel was absent at the hearing, the panel, listened to the defence of the counsel to the respondents and noted that the first defendant, Akpabio, had conducted himself in a criminal manner that contradicts the statutory provisions of the police force.

Ogobe informed the 11-member investigative board that Akpabio had become a personal liability to himself and that the Nigeria Police would not be accountable for any acts detrimental to the Force.