Access Bank To Attract Foreign Investment To Nigeria Through Sport 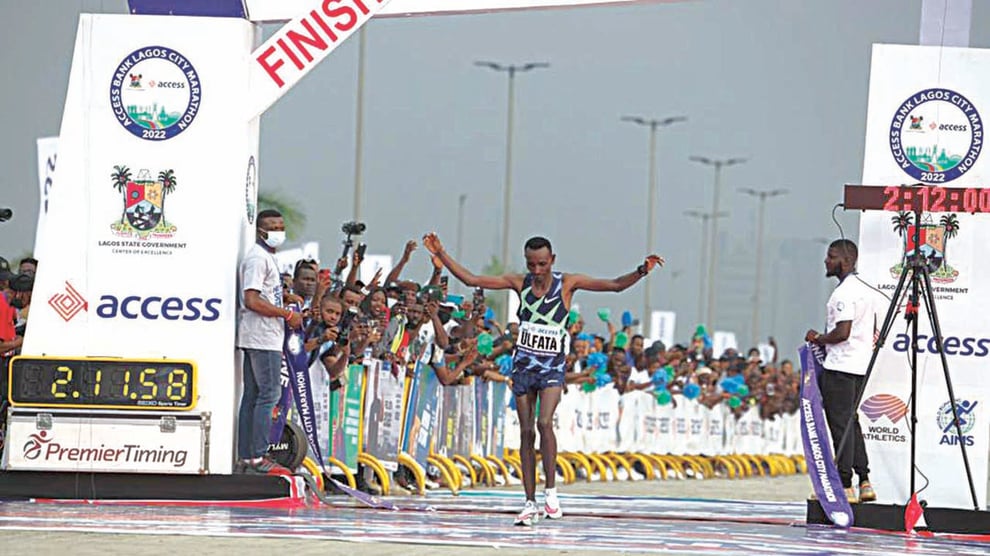 Ajortisedere Awosika, the Chairman of Access Bank Plc, stated that the bank's sponsorship for the Lagos City Marathon is consistent with its strategic goal of luring international investors to Nigeria.

The event, according to her, is one of the entrances to Africa and corresponds with the bank's objective to make the region more appealing to global investors and trade partners.

She claimed that the bank plans to expand its relationship with sports to a worldwide scale and that it will accomplish this goal in five years.

Geleta Ulfata of Ethiopia won the 42km men's race at the previous edition. Ulfata triumphed over 300 other marathon runners to win the big prize of $30,000. Kenyans David Barmasai and Emmanuel Naibei finished second and third, receiving awards of $20,000 and $15,000, respectively.

Dagne Siranesh Yirga of Ethiopia was the first woman to cross the finish line in 2 hours, 33 minutes, and 50 seconds.

She was followed in second and third place by Alemenseh Guta of Ethiopia and Naomi Maiyo of Kenya.