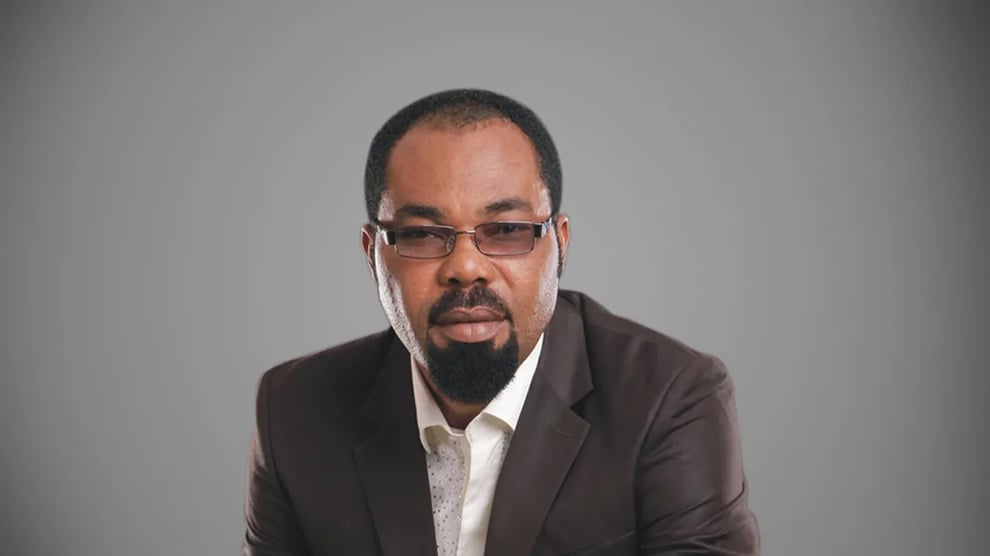 Actor Moses Armstrong has reacted to the rape charges that were recently levelled against him.

He was arrested last month for allegedly raping a minor he adopted and was charged with rape, intimidation, conspiracy, and supplying drugs or instruments to obtain an abortion.

He was put in custody but on August 11, a High Court in the state granted him bail.

His friends flocked to greet him as he was released from prison after fulfilling his bail condition. They also took to social media to celebrate his release.

Speaking via a recent Facebook post, the actor stated that he did not rape anyone and that it was something he has never done.

"The experience is awesome. You will hear it soon. Blessings to all of you Angels that believed in me. Love you all deeply." 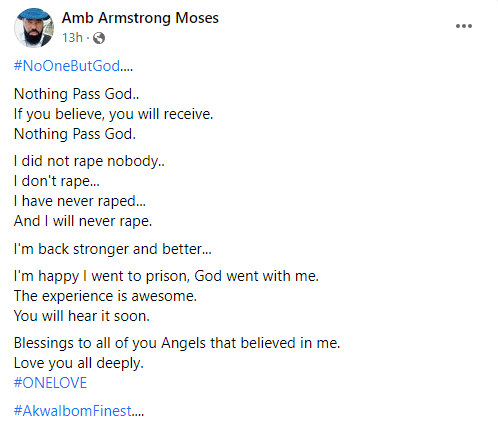