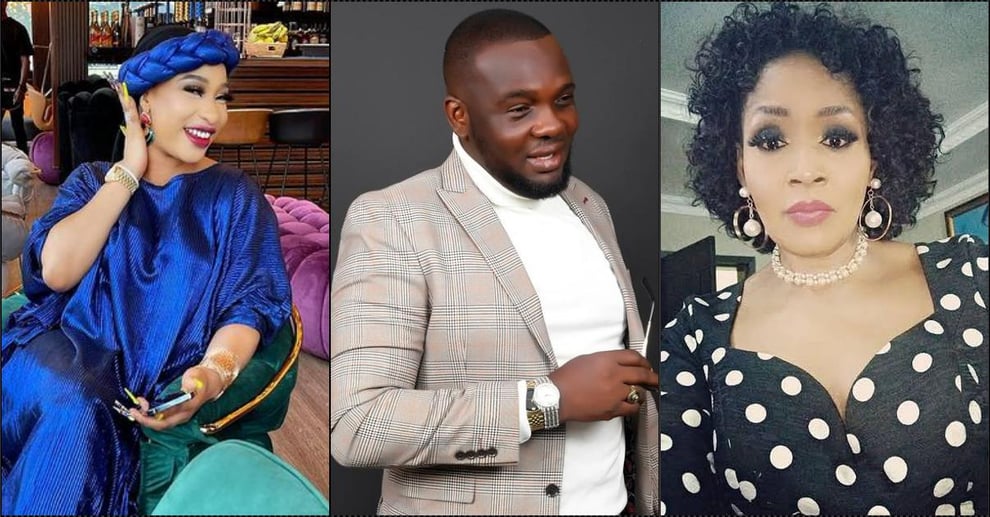 As the saga with Kemi Olunloyo escalates by the day, Yomi Fabiyi has called out his colleague, Tonto Dikeh.

The mother of one and Kemi Olunloyo have been throwing temper tantrums at each other after the latter accused the former of drug use.

In response to Tonto Dikeh's recent threat to the journalist, Yomi Fabiyi advised the actress to set a good example as a public figure.

In a lengthy Instagram post, the actor, who once campaigned for a colleague, Baba Ijesha, advised the actress to seek legal action if she feels her rights have been infringed upon.

"Tonto Dikeh, sometimes silence is golden but in this case of you and Aunty Kemi Olunloyo, it will amount to CONSPIRACY OF SILENCE on the part of the society.

"As a public figure, young people are looking and following you online and offline. It is criminal and anti-social to issue 'THREATS' of this nature privately or publicly because someone supposedly wronged you.

"If you feel you have a case and aunty Kemi infringes on your rights, inform the police, see they take the right action, or approach the COURT...", part of the post reads.