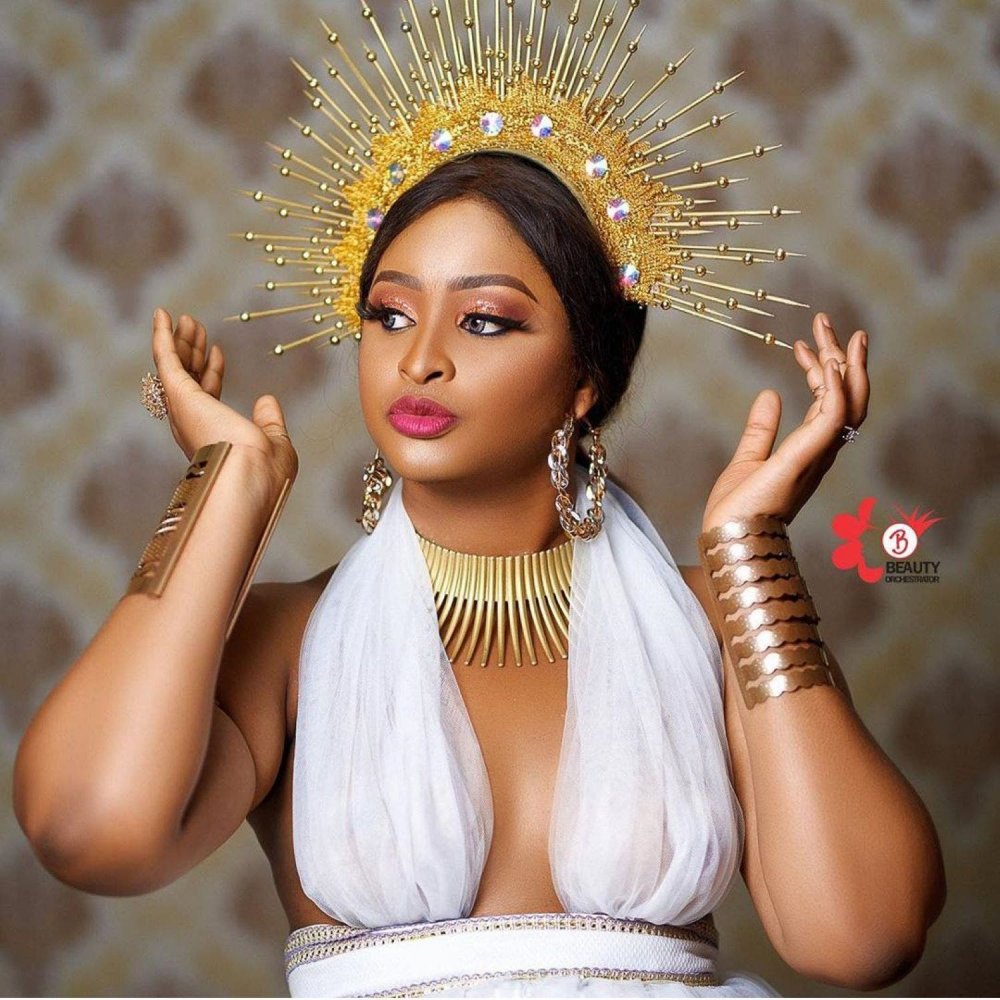 Nollywood actress, Etinosa Idemudia, who recently welcomed her baby girl, has shared her miscarriage experience and how she battled with failing pregnancies for seven years.

In an interview with Sunday Scoop, the first-time mum said that her pregnancy was not kept a secret but was a private affair. She added that she was two months into her pregnancy before she knew it.

Idemudia said, “Nigeria is filled with very toxic people so one needs to protect one’s loved ones. I have never revealed the identity of my parents or any siblings and I don’t intend to reveal the identity of my husband and children, except they opt for that themselves. I signed up for a public life when I switched careers to join the entertainment industry. I am a public person, not my family members, so I have to respect and guard their privacy. Besides, what does the public need such information for? Did my fans conclude that I am not married? I would rather they are curious about my career plans which is what directly affects them. I did not keep my pregnancy a secret, it was just a private affair, because my true friends, employers, and family were very aware that I was pregnant.

READ ALSO: Burna Boy Hit My Car And Zoomed Off - Fan Cries Out

“It was a high-risk pregnancy but God saw me through. I was two months gone before I knew I was pregnant. I would not even have known until much later if not that my long-time doctor and friend forced me to do a pregnancy test when I was busy treating ‘stubborn malaria’.”

Idemudia also gave advice to awaiting mothers that they should relax and take their minds off the issue.

“I waited for about seven years (before having this child). My advice to awaiting mothers is that they should take their minds off the issue and relax. It is a bit of tough advice that almost sounds crazy but that was the advice I got from my sister-in-law years ago. She is also a polycystic ovary syndrome conqueror. It worked back then but I lost the pregnancies. Then, I threw away her advice and naturally became anxious. Anxiety turned to desperation and I did take in again, even with the drugs I was taking then. It was not until last year that I finally learned to relax. Let go and let God.”