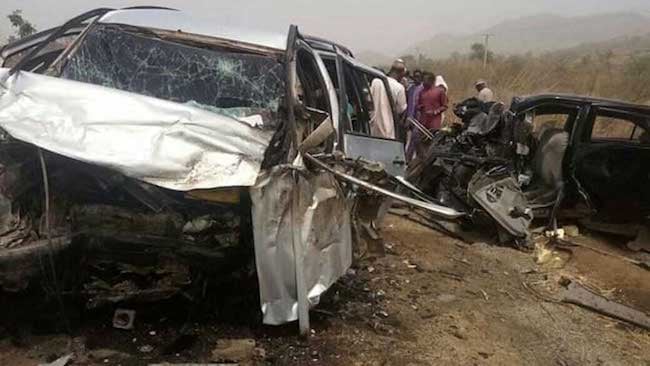 Atleast 12 travellers have been confirmed dead in an a ghastly auto crash in Adamawa State.

The Spokesperson for the Adamawa State Police Command, Suleiman Nguroje confirmed the news to journalists on Friday.

Suleiman said the accident victims were burnt to death on the highway in Golongtabal, in the Song Local Government Area of the state.

The bus was heading for Yola, the Adamawa State capital from Uba, in Borno State, while the Toyota Corolla was on its way to Mubi from Jabbi Lamba, in the Girei Local Government Area of Adamawa State.

"The vehicles had a head-on collision at Golontabal village as a result of which the bus burst into flames killing 8 passengers including the driver.

"Likewise, 4 passengers including the driver died in the Toyota Corolla bringing the total number of death to 12.

"The remains of the victims have been deposited at the Song cottage hospital,” Nguroje said.