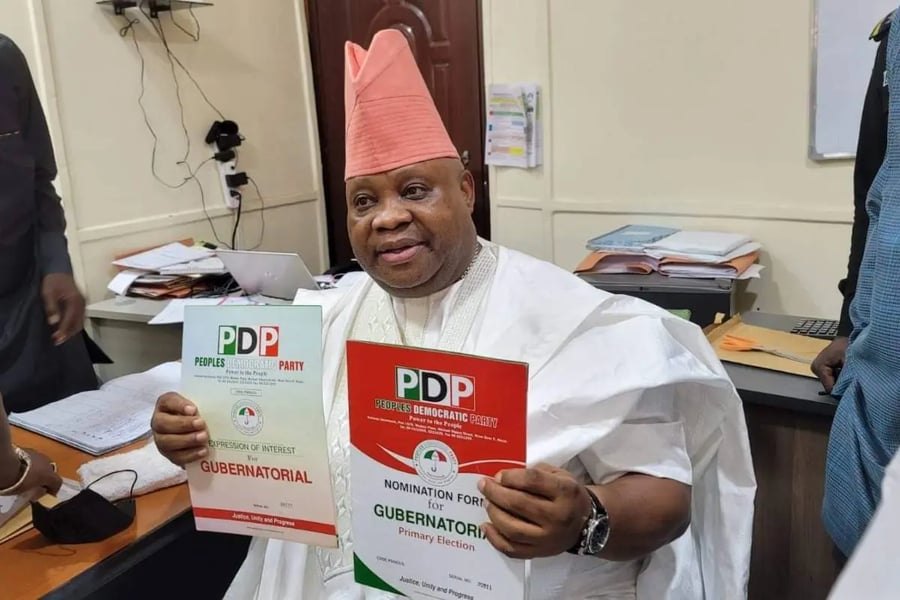 The Osun State Governor, Senator Ademola Adeleke, has made his first appointments.

Governor Adeleke has approved the appointment of Kassim Akinleye as the the chief of staff to the Governor, Teslim Igbalaye as the Secretary to the state government.

Also approved is Olawale Rasheed as the Chief Press Secretary to the Governor.

The governor made this known via a public service announcement on Sunday night.

Adeleke has approved the appointments with immediate effect.

It was earlier reported that the Osun governor in his speech reversed all appointments made by the immediate past governor, Adegboyega Oyetola, effective from July 17, 2022.

While ordering that all government bank accounts be frozen, he added that all actions of the Oyetola administration from July 17th will be revisited.

The governor also stated that in the coming days he will sign an Executive Order to enforce these orders.

"Consequently, I hereby issue the following directives which will be backed up with appropriate Executive orders:

"Immediate freezing of all government accounts in banks and other financial institutions.

"Immediate establishment of a panel to carry out an inventory and recover all government assets.

"An immediate establishment of a panel to review all appointments and major decisions of the immediate past administration taken after the 17th July, 2022.

"An immediate reversal to the constitutionally recognised name of our state, Osun State.

"All government insignia, correspondences and signages should henceforth reflect Osun state rather than State of Osun which is unknown to the Nigerian constitution."

Also, the governor has directed the most senior career heads across all the local government, local council development areas the Area Office in the state to take charge of the affairs of their respective councils with immediate effect.

In a statement by his spokesperson, Olawale Rasheed, Adeleke maintained that it was in compliance with the judgement of the Federal High Court sitting in Osogbo that sacked the purportedly elected local government Chairmen and Councillors.