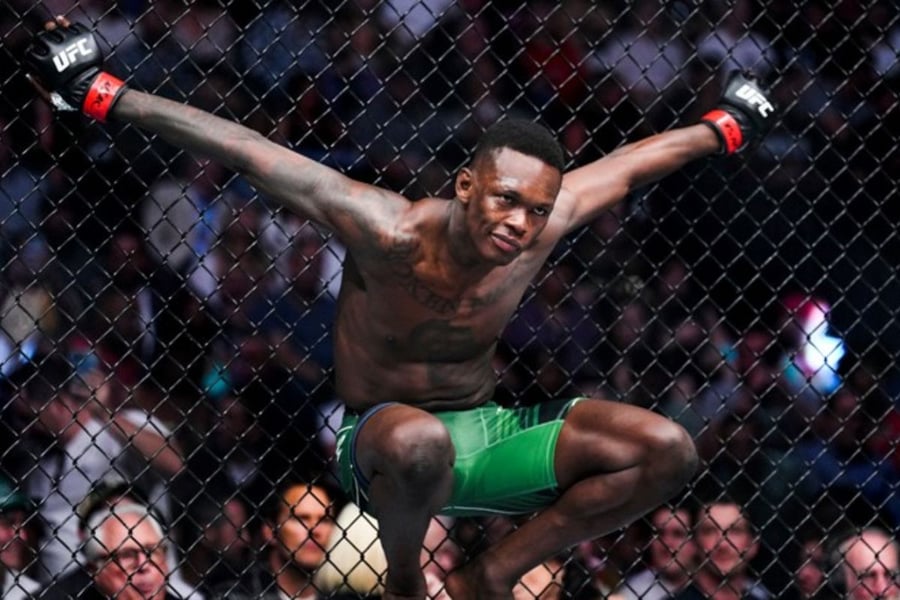 Nigerian-born Israel Adesanya retains his MMA middleweight belt after he claimed a unanimous decision win over Jared Cannonier in the main event of UFC 276 at the T-Mobile Arena in Las Vegas, Nevada, on Sunday morning.

‘The Last Stylebender’ used his range and superior striking – especially a mix of left jabs, straight rights and well-placed kicks – to keep the powerful ‘Killa Gorilla’ at bay and always keep himself ahead on the scorecard, ultimately taking the fight 49-46 49-46 50-45.

“Two great coaches, two great teams, they had a great game plan, it was hard to get my follow-ups going,” said Adesanya in his post-fight interview. He also did not hesitate to pick out Alex Pereira (who holds a kick-boxing win over the Nigerian from 2017) as his next opponent.

A message from the champ ? #UFC276 pic.twitter.com/MbCpawHN76

The co-main event saw a masterful striking display from Alexander ‘The Great’ Volkanovksi, who completed his trilogy of fights with Max Holloway, put up a fourth successful defence of his featherweight championship and racked up a 22nd straight win in his MMA career.

The Australian dominated ‘Blessed’ and took the fight with an emphatic 50-45 50-45 50-45 scorecard – the tale of the fight was told in the competitor’s faces upon completion, with Volkanovski having only a minor cut at his left eyebrow, while Holloway’s was literally a bloody mess.

“Max Holloway is a beast,” said Volkanovski in his post-fight interview. “I needed that intensity to reach my best,” added the 33-year-old, who had pledged to now challenge in a higher weight division.

The main card also featured wins for Alex Perreira over Sean Strickland (first-round KO in the middleweight division) and Bryan Barberena over Robbie Lawler (second-round TKO in the welterweight division), while the bantamweight opener between Pedro Munhoz and Sean O’Malley ended in a No Contest after an accidental eye poke from the latter in the second round.

And on the preliminary card, South Africa’s middleweight hopeful Dricus du Plessis made it three wins from as many trips to the Octagon in his UFC career, as he defeated Brad Tavares via unanimous decision (29-28 29-28 29-28).

The next UFC event is a Fight Night at the APEX Facility in Las Vegas on Sunday 10 July, headlined by a lightweight clash between Rafael dos Anjos and Rafael Fiziev