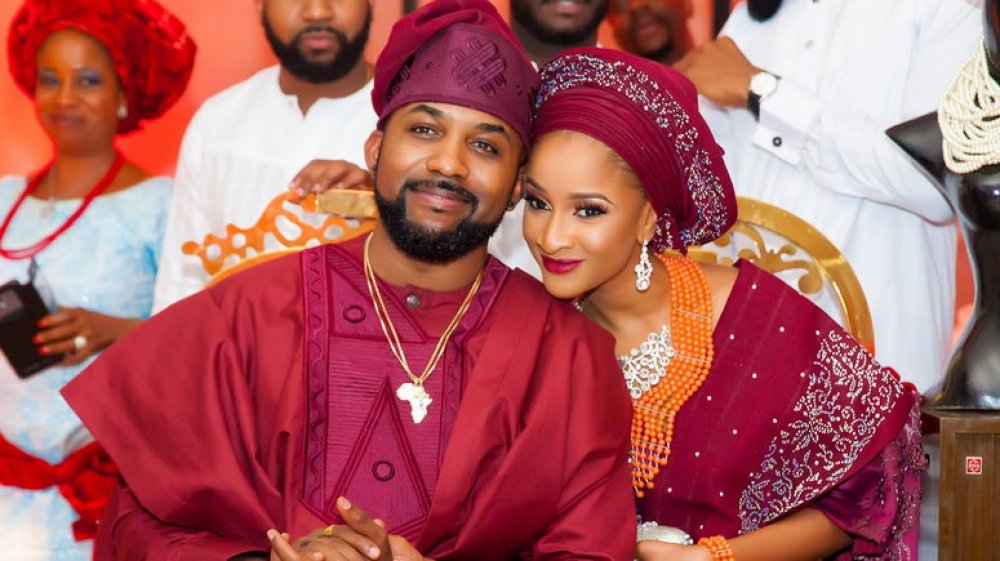 It's no secret that the Wellingtons welcomed their baby boy, Zaiah in February.

The announcement was made by Banky Wellington on his Instagram account, where he wished his wife a happy birthday and added that his "baby had a baby." Adesua Etomi also disclosed that she had the baby four weeks prior to the official announcement on Instagram.

On Sunday, the movie star showed her fans a peek into her pregnancy journey as she shared a series of photos chronicling the different stages of her pregnancy till childbirth on her Instagram. She also added stories behind each photo.

READ ALSO: Why Adesua Etomi, Banky W Should Be Given The 'Private Couple' Award

In the first picture, the happy mother was seen wearing a maternity belt. She explained that she wore the belt because she couldn’t cope with the pelvic, waist, and back pain that comes with pregnancy. In the second and third photos, she posed with her baby bump.

The third was of her in the ward prior to the birth of her child. While the fourth is of her in the maternity ward with her husband, Banky W, soon after birthing her son.

The couple got married in February 2017. They had their traditional marriage on November 19, court wedding on November 20, and white wedding in November 2017.