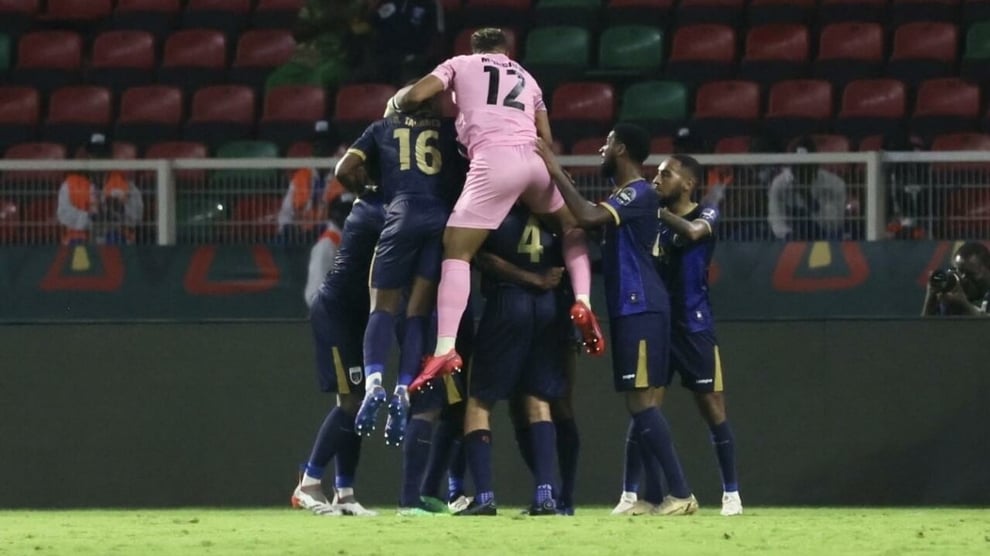 Cape Verde claimed a key 1-0 victory over 10-Man Ethiopia at the Olembe Stadium in Yaounde on Sunday night to kick off the African Cup of Nations (AFCON) 2022.

The match hinged on an early red card suffered by the Walia Ibex, allowing the Blue Sharks to control the game and strike through Julio Tavares, as they picked up all three points and joined Cameroon (who defeated Burkina Faso 2-1 in the tournament opener earlier in the evening) at the head of their group standings. 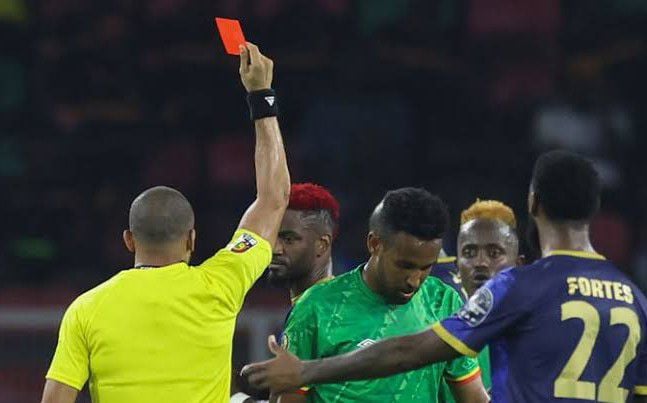 Ethiopia suffered a major blow early on when defender Yared Bayeh was sent off for a foul on Tavares. Initially deemed only a yellow card offence by referee Helder Martins de Carvalho, a VAR review saw the official change his mind (as Bayeh was the last defender) and swap the caution for a full dismissal in the 12th minute.

Down to 10 men, the Walia Ibex opted for an early change by sending on Mignot Debebe to bolster their defence, but the substitute nearly scored an own goal on 27 minutes, as his attempt to clear Garry Rodrigues’s cross from the right-skewed toward the goal and was kept out by a combination of the near post and goalkeeper Teklemariam Shanko.

Ethiopia ‘keeper made another notable save on 34 minutes, reacting well after seeing Kenny Rocha Santos’s long-range shot late through a crowded penalty area and palming the ball away to safety.

On 43 minutes Ethiopia nearly had an attacking opening out of nowhere, with a miscommunication between Cape Verde goalkeeper Marcio Rosa and defender Roberto Lopes almost letting in Abubeker Nassir, but the gloves-man did well to smother the ball and snuff out the danger.

The half looked set to end goalless, but the Blue Sharks claimed the lead in injury time before the break: Rodrigues was picked out by a deep, lofted cross from the left and provided a cushioned volley back across the face of goal to find Julio Tavares, who headed home from close range to see his side 1-0 up heading into the change rooms.

Ethiopia showed more attacking intent in the second half, putting together some decent passing moves, though they struggled to create openings with which to test Rosa. A double change just after the hour mark saw Fitsum Alemu and Firew Ayele come on in an effort to provide some spark, though Cape Verde continued to hold them at bay with relative ease.

And when the Islanders got on the front foot they caused some trouble for Ethiopia, with Tavares seeing a drive turned away by Shanko, who also made a sharp save to keep out a deflected effort from Santos.

Yet the Blue Sharks generally seemed more than happy to sit on their one-goal lead, feeling that Ethiopia lacked the penetration and physicality to get back into the contest. Their approach proved a canny one, as Cape Verde comfortably saw out the game and claimed all three points on offer.

The teams will be back in Group A action on Thursday 13 January, with Ethiopia facing hosts Cameroon and Cape Verde battling Burkina Faso – both at the Olembe Stadium.