AFCON 2022: Eguavoen Could Have Two Jobs With Trophy In Cameroon 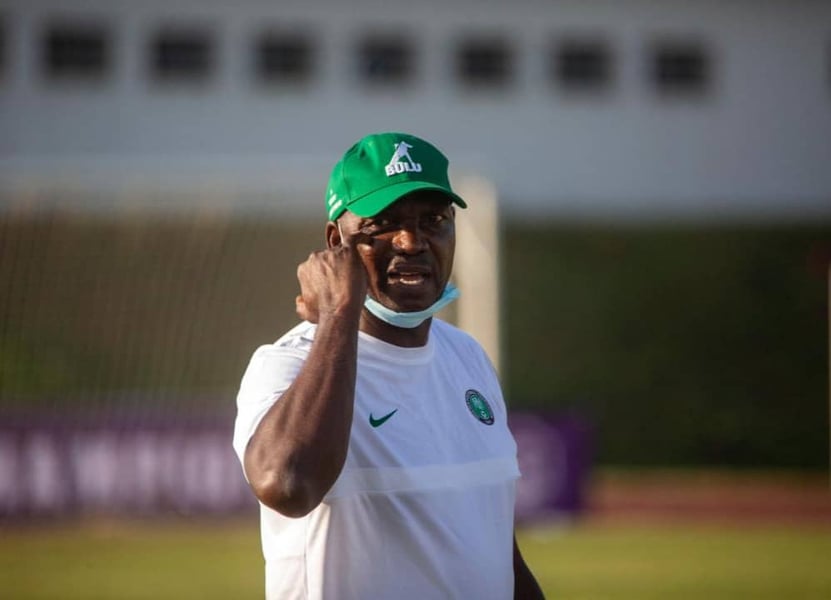 Interim Coach Augustine Eguavoen could end up with two jobs at the Nigeria Football Federation (NFF) after a brilliant performance from the Super Eagles at the ongoing Africa Cup of Nations (AFCON) in Cameroon.

The former Nigerian defender took over the interim role following the dismissal of German tactician Gernot Rohr in December.

It was more of a test as he had just weeks to prepare the team for the continental competition. However, he was supposed to leave the position for newly appointed Portuguese coach Jose Peseiro.

Currently, he is the Technical Director for the NFF and the president confirmed his salary still reflects that.

According to reports from ESPN, a source from the Nigerian football body suggested that he might end up keeping both the Technical director's job and the head coach if he wants.

“We will have to leave him there unless he doesn’t want the job,” an NFF source said.

“What we are even thinking of right now is to give Eguavoen the two jobs. The national team plays about 10 matches a year, so during those times when they are not playing, he can carry on with his other responsibilities.

“Coaching is very touch and go. Right now, he has a stable job as being Technical Director where he gets paid by FIFA. To leave that for being a coach where things can change any moment and he can get fired would be very risky.

“That is why we want him to keep the two positions. So, whatever happens, he has shown that he can excel in both and if anything happens with the coaching, he can go back to just being technical director,” the official added.