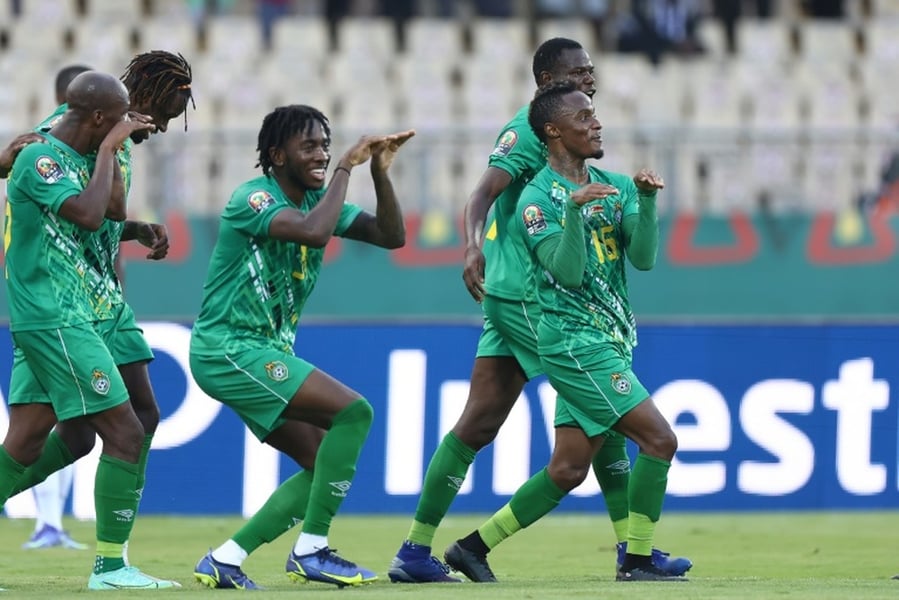 Eliminated Zimbabwe managed to leave their mark at the Africa Cup of Nations (AFCON) 2022 in Yaounde on Tuesday as they made Guinea qualify as runners-up in Group B.

Norman Mapeza's side were playing for pride in Yaounde, having already been eliminated from the tournament and they took a two-goal lead into the break courtesy of Knowledge Musona and Kudakwashe Mahachi.

Naby Keita halved the deficit four minutes after the restart, but the National Elephants came up short in the end despite a dominant display in the second half.

The game got off to a slow start as both teams struggled to build any sort of momentum due to stray passes.

After a fairly uneventful opening 20 minutes, the first clear-cut chance fell to the West Africans when Talbert Shumba rushed off his line in an attempt to cut out Issiaga Sylla's cross on the left but failed and Sory Kaba's strike from 12 yards out was deflected wide by the out-stretched leg of Bruce Kangwa.

Mahachi had a sniff at goal on the opposite end of the pitch in the 25th minute as he curled a first-time shot over from the edge of the box after being teed up by Musona.

The Warriors then broke the deadlock moments later as an unmarked Musona headed home Never Tigere's cross from the right after his initial corner had only been half cleared.

Two minutes before the break they were celebrating their second goal. Mahachi received the ball from Admiral Muskwe and picked out the bottom-left corner of the net from outside the area.

The National Elephants came out in the second half with renewed purpose and Moriba Kourouma struck a free-kick just over the target from the left in the opening minute.

They pulled one back just three minutes later when Keita advanced on goal from the right and lashed a left-footed shot into the top-left corner of the net from the edge of the box.

The Southern Africans were indebted to Onismor Bhasera on 54 minutes as he made a goal-saving block to deny Mamadou Diallo, who connected with Sylla's low cross from the left.

Kaba Diawara's men continued to pile on the pressure and Kourouma dragged an effort wide of the left post from range on 58 minutes before Shumba pulled off a fine save to keep out Diallo at close range five minutes later.

Diallo then had a tame shot from range easily saved by Shumba on 79 minutes as Guinea became more desperate. Ibrahima Conte squandered a great opportunity to restore parity two minutes later as he rose highest to head wide of the right post from a corner on the right.

Keita looked to replicate his goal when the ball came to him on the edge of the D in the 83rd minute, but the Liverpool midfielder blazed his strike over the crossbar on this occasion.

Guinea's final chance saw Ousmane Kante pull a shot wide of the far post from outside the box on the right five minutes from time as Zimbabwe held on for victory.