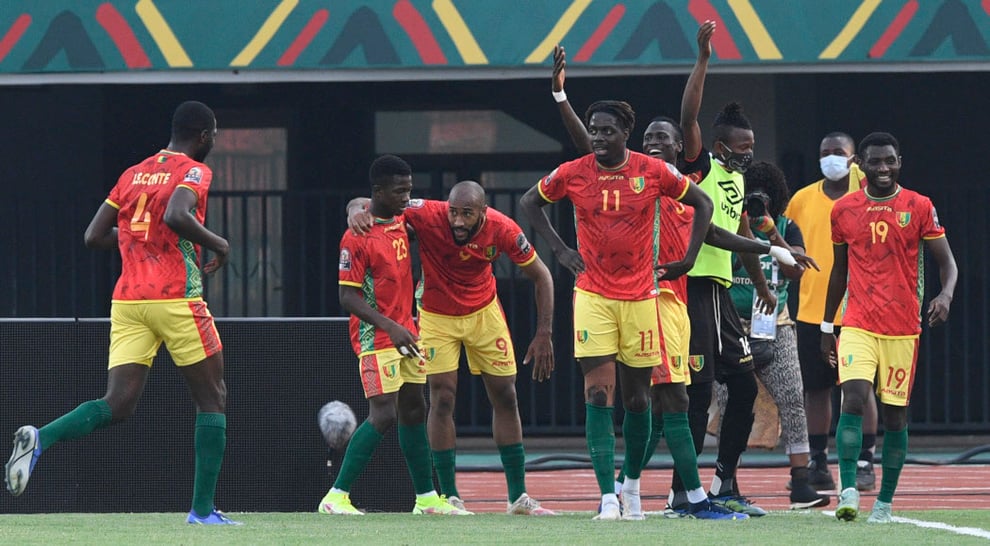 Guinea managed to squeeze past Malawi as Issiaga Sylla's lone goal separated the two teams at the Kouekong Stadium in Bafoussam on Monday evening for Group B match.

The only goal of the match was scored by Issiaga Sylla in the first-half as the National Elephants began their Group B campaign with a win against the Flames, who were left to rue their missed chances.

The Flames pressed the National Elephants from the first whistle and they created the better chances in the opening 16 minutes of the encounter. Guinea Goalkeeper Aly Keita made three good saves - denying Micium Mhone, Francisco Madinga and Yamikani Chester.

Guinea then grew into the match and they began pushing forward in numbers. The West African side came very close to scoring when Ibrahima Conte hit the upright with a header with keeper Ernest Kakhobwe well-beaten.

Kakhobwe was beaten in the 35th minute by Issiaga Sylla to make it 1-0 to Guinea after being set up by Jose Kante. Malawi tried to respond with a goal, but Aly Keita pulled off two great saves to deny Limbikani Mzava and Peter Banda.

It was end-to-end stuff in the latter stages of the first-half as Kakhobwe produced a fantastic double save to deny Aguibou Camara from close range and the score was 1-0 to Guinea during the halftime break.

The Flames came back fired up following their halftime team talk with coach Meck Mwase and they threatened first in the second-half. A low cross from Madinga which was goal bound was superbly saved by an alert Aly Keita in the 50th minute.

Aly Keita was a busy man as he was forced to come out and make a brave save to deny Chester from close range. Substitute Richard Mbulu then fired straight at Aly Keita after being sent through on goal.

Kaba Diawara, the Guinea head coach, reacted by introducing Mamadou Diawara and Ousmane Kante as the 1976 Afcon runners-up looked to regain control of the match with 19 minutes left.

The National Elephants looked dangerous on the counter and they nearly doubled their lead through Diallo, but his effort was blocked inside the Malawi box and ultimately, Guinea ran out 1-0 winners.