AFCON 2022: Morocco Swing Past Comos Into Last 16 After Host Cameroon 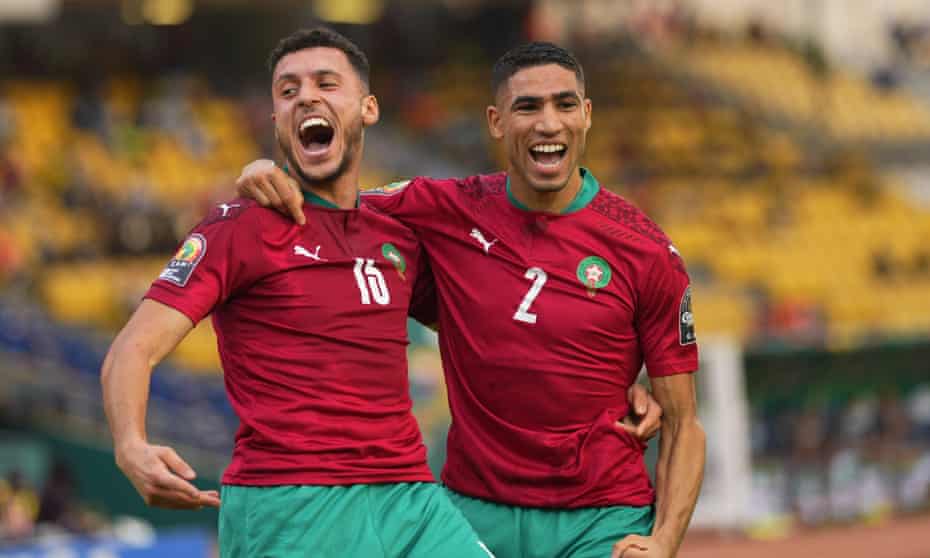 Morocco swung past Comoros to become the second country to qualify for the last 16 of the 2022 Africa Cup of Nations (AFCON), leading Group C after matchday 2 at the Stade Omnisport Ahmadou Ahidjo on Friday night.

The win saw the Atlas Lions, who are placed at the top of Group C standings, become the second team to progress to the Last 16 after Cameroon, while the Coelacanths' remained fourth on the table.

The Atlas Lions dominated the game from the first whistle and it did not come as a surprise when Selim Amallah broke the deadlock 16 minutes into the encounter.

The Standard Liege star fired past goalkeeper Salim Ben Boina to hand Morocco a 1-0 lead after Ayoub El Kaabi's shot was blocked inside the Coelacanths' box.

It should have been 2-0 to Morocco in the 36th minute when Nayef Aguerd hit the crossbar with the France-born defender having connected with Sofiane Boufal's cross.

Morocco were deservedly leading 1-0 during the half-time break having dominated the first-half and kept Comoros quiet.

The Atlas Lions continued to dominate the game after the restart with Ben Boina a busy man between the stick as he made a fine diving save from's Achraf Hakimi curling free-kick.

The FC Martigues shot-stopper then produced a magnificent save denying Adama Masina on the goal-line after the Coelacanths' defence was exposed.

Morocco were then awarded a penalty after Faycal Fajr was fouled by Ben Boina in the box. However, Ben Boina made amends by blocking Youssef En Nesyri's attempt from the penalty spot.

However, Ben Boina was finally beaten for the second time on the night when Zakaria Aboukhlal scored with two minutes left and the late goal sealed Morocco's 2-0 win over Comoros.