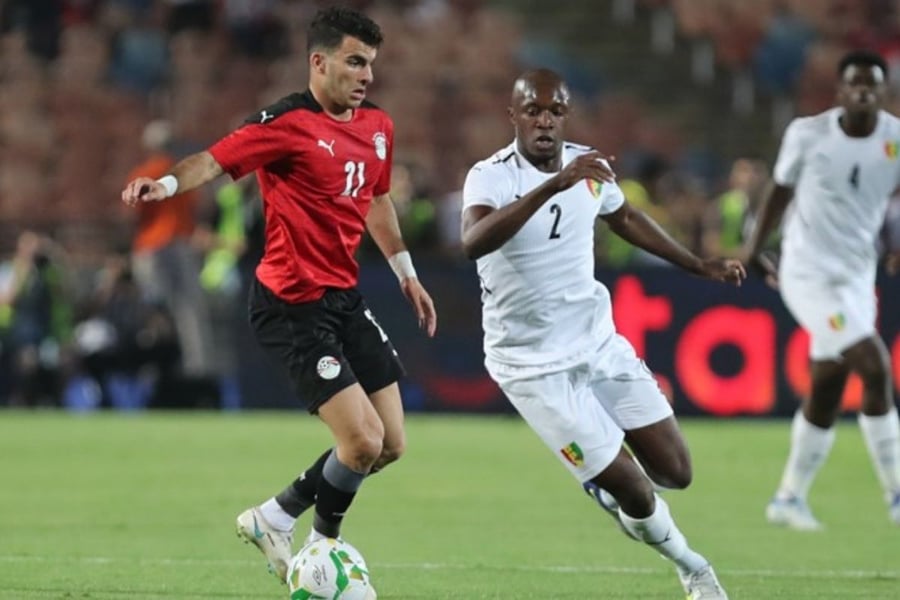 The result, secured by a somewhat fortuitous late goal from Mostafa Mohamed, means the Pharaohs join Malawi (who defeated Ethiopia 2-1 earlier in the day) at the top of the group standings on three points.

The result will be a relief for Egypt and new coach Ehab Galal, as they look to shrug off the back-to-back disappointments of losing the AFCON final in February and missing out on 2022 World Cup qualification the following month.

Egypt had to come through some issues even before kick-off, as Ahmed Zizo replaced Mahmoud Trezeguet in the starting line-up after the latter was injured in the warm-up.

Zizo then had the first clear scoring chance of the game, volleying over the target in three minutes after a fine cross from Ayman Ashraf.

Guinea opted for a high press and succeeded in disrupting Egypt’s passing patterns, preventing the hosts from enjoying any kind of dominance. Yet the Pharaohs did carve out another good scoring chance on 27 minutes when defender Mahmoud Hamdi powered a header on target from Amr El Solia’s cross, but his effort was saved by goalkeeper Ibrahim Kone.

Egypt had further half-chances through Omar Marmoush, who struck one half-volley wildly off-target on 37 minutes, and then tested Kone with a curling shot direct from a free-kick shortly thereafter.

The first 45 minutes came to a close with the teams locked at 0-0.

Egypt had the first chance after the restart, with Mohamed Salah’s shot from a free-kick parried by Kone, while follow-up efforts were blocked by the Syli National defence.

On 54 minutes the West Africans were inches away from claiming the lead, as Thierno Barry fired a half-volley just wide from the edge of the box, and a short while later the hosts had a goal disallowed after El Solia was flagged for offside after sweeping home a rebound.

A goalless stalemate seemed the inevitable result, as both teams struggled to create further scoring chances, but Egypt were able to break the deadlock on 87 minutes and secure all three points.

Substitute Mostafa Mohamed was on hand to latch onto a poor defensive clearance and fire an effort toward goal – his shot took a wicked deflection off Mouctar Diakhaby and nestled in the bottom corner of the net to decide the game.

The teams will return to Group D action on Thursday 9 June, with Egypt taking on Ethiopia in Lilongwe (in Malawi, due to a lack of CAF-approved home venues for the Walia Antelopes) and Guinea hosting Malawi in Conakry.