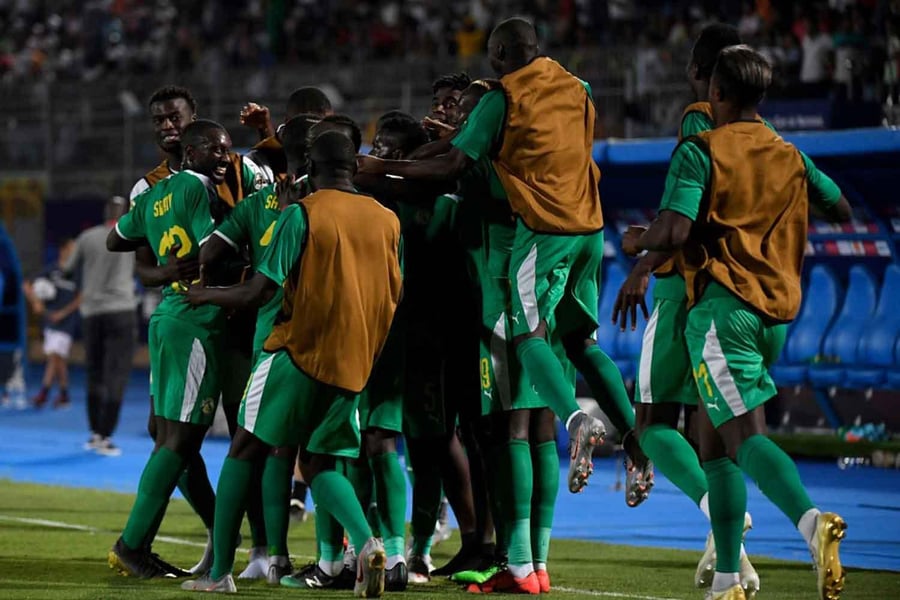 Sadio Mane scored the last kick of the match, defeating teammate Mohamed Salah's Egypt to be crowned the African Champions for the first time on Sunday at the Paul Biya Stadium, Olembe.

Egypt and Senegal had to wait till the 120th minute before they could decide the winner of the AFCON 2022.

Usually, when two teams play out a goalless draw, it is not only because their forwards could not find the back of the net but also the goalkeepers were spot on.

Several times, Edouard Mendy and Mohammed Abou Gabal were at the rescue of their teams making important saves.

Senegal were really chasing their first AFCON title but Sadio Mane wasted the opportunity of a spot-kick as Abou Gabal parried it.

Victor Gomes had to maintain his cool and look away as the players tried to get another penalty before the end of the match.

Senegal skipper Koulibaly stepped up to play the first shoot-out and scored but Abou Gabal almost caught it.

Zizou played first for Egypt and he scored against Chelsea's Mendy.

Diallo again squeezed the ball past Abou Gabal into the net 2-1 for Senegal.

Sarr's penalty was saved by Abou Gabal to give Egypt an opportunity.

Marwan Hamdy scored to make it 2 goals for both teams out of 3.

Dieng scored to give Senegal the lead but Lasheen lost it to put the faith in Mane's legs.

Mane stepped up and scored the last kick of the game to make Senegal the champions of Africa.