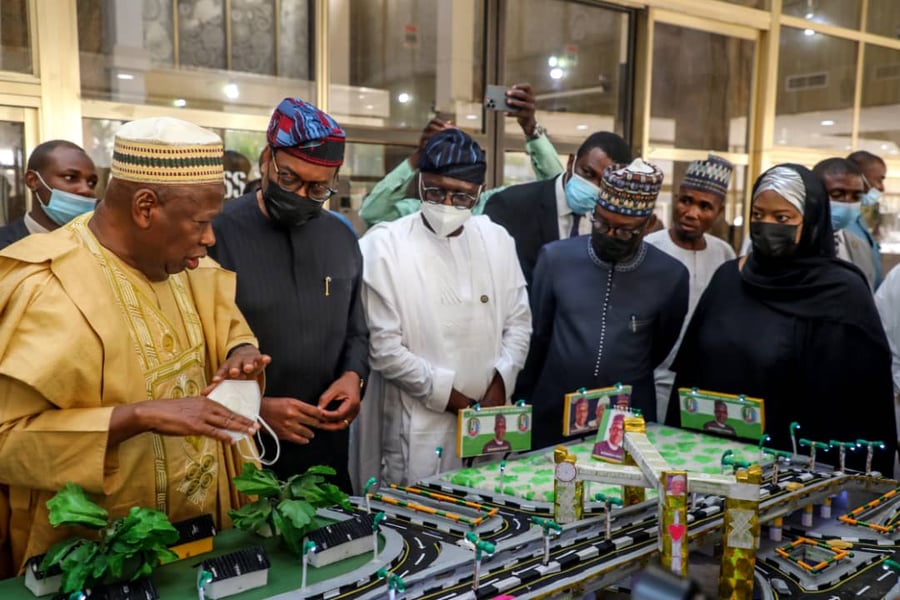 The African Development Bank (AfDB) has said it will provide the sum of one hundred and ten million dollars ($110 million) for rural roads, transport infrastructure, water and sanitation, and agricultural productivity in Kano State.

This was disclosed by the President of African Development Bank, Dr. Akinwumi Adesina, when he paid a condolence visit to the governor of Kano state, Dr. Abdullahi Umar Ganduje, over the death of Sani Dangote at Africa House, Government House, Kano, Saturday.

A statement by the Chief Press Secretary to the Governor, Abba Anwar quoted Dr. Akinwumi as saying: “We are using $110 million for our programme on Special Agricultural Industrial Processing Zone. We are in all, having about $563 million that will be dedicated to that project in various states of Nigeria.

“With this $110 million that will be used for Kano state, just imagine what we could do; investing in rural roads, investing in transport infrastructure, investing in water and sanitation and we also invest in agricultural productivity to raise production of food.

"And we are processing adding value and lots of hundreds of thousands of jobs because of that."

After commending the transformation of the state by the Ganduje administration, Adesina said he was pleased to discuss with the governor the work of the African Development Bank in the state.

He noted that the fund would allow the private sector food and agribusiness companies to reduce the number of losses they have, create a more competitive value chain, transform the rural areas from the zones of misery to the zone of economic prosperity, and increase the number of resources the state has.

In his response, Governor Ganduje thanked the AfDB President for the new development and assured his total support and cooperation for the successful implementation of the project at all levels.

"This is what we mean by genuine development when institutions are strengthened and individuals or collections of individuals are rightly directed", he said.

The Governor said his dream was to turn Kano into a mega city.

“And a mega city is not only a collection of population. It is a collection of an environment where things are working, where traffic flows, where health services are excellent and aimed at reducing medical tourism abroad and where you can have security using technology", he added.

360 Persons Murdered From January To March In Kaduna — Samuel Aruwan

360 Persons Murdered From January To March In Kaduna — Samuel Aruwan