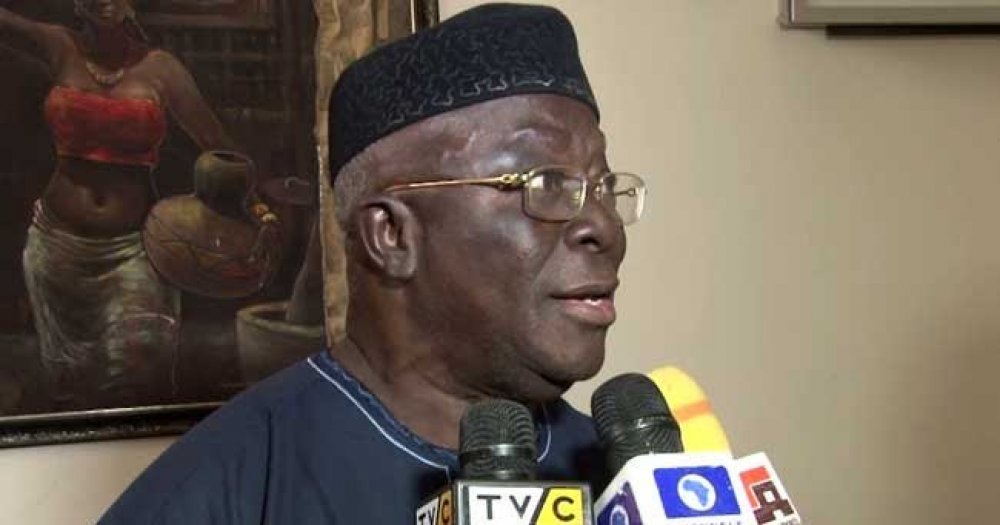 Chief Adebanjo during an interview with Daily Independent on Wednesday further stated that Tinubu was being deceived by President Muhammadu Buhari.

He said, “Tinubu’s supporters have claimed that one of the reasons why we parted ways was because he likes spending money for people while elders like us are stingy. That is true and I have challenged him that if I were to ask for money, how much did he give me before I took the action that made him governor?

"The late Ganiyu Dawodu as the state chairman of Lagos state AD (Alliance for Democracy) had already forwarded the name of Funsho Williams as the winner of the primary. I overturned it as the national chairman.”

“When there was a dispute between him and Dawodu, the woman he called his mother, Alhaja Abibatu Mogaji, whom I had known since Action Group days phoned me to intervene. I told her ‘Alhaja, you know me. I am standing for truth. Ask your son, did I get a penny from him before I recognized him?”

“When he was trying to undermine his then deputy, Kofoworola Bucknor-Akerele and we told him that he can’t do that. I also spoke with Kafaru Tinubu and I said ‘Kafaru, if I ask you for N20 million at that time, won’t you give me?

"He said I will give you. I then asked ‘why can’t we talk to this boy (Tinubu)? That is how no matter how much I criticise him; he will only reply to me back through his boys who are his mouthpiece. He will never reply to me directly. I stood by him through thick and thin on principle, not for any material gain.”

“He can’t say ‘Papa, stop threatening me because this is how much I gave you. That is the integrity I’m selling. When he was governor, he was stubborn on certain issues. So, during Christmas, he gave me, Papa Abraham Adesanya and Olanihun Ajayi cows as Christmas present, but we returned them to him. We told him we won’t accept his gifts because we talked to him but he refused to listen”.”

“They said Tinubu is a strategist. I just laugh whenever I hear that. A strategist that can’t see what is happening in APC. You are the principal partner in this merger but you have no constitutional position in the party. They deceived you that they are going to make you chairman of the Board of Trustees (BoT) but they never set it up deliberately.

"So, the constitutional bodies of the party you have no say and yet, he is still thinking that he is something in the party. There was an occasion when Buhari told him that there cannot be two national leaders in the party and that as President; he is the only national leader.”

“So, if Tinubu continues deceiving himself; that is his problem. You can see (Aremo Olusegun) Osoba now begging the party to call a national caucus meeting when they now know that by doing the membership registration, they are trying to edge them out and it is going to affect them.”