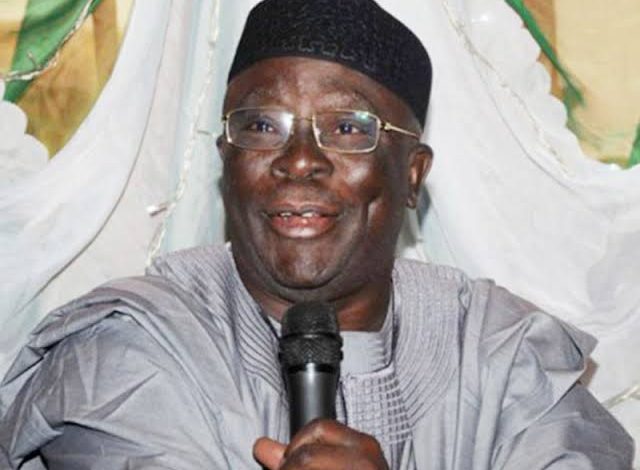 Afenifere has called on the Federal Government to ensure the release of Yoruba Nation activist, Chief Sunday Adeyemo (Igboho) and the leader of Independent People of Biafra (IPOB), Mazi Nnamdi Kanu.

The request was contained in a communique issued at the end of the first annual general meeting of Afenifere held on Tuesday at the country home of its acting leader, Chief Ayo Adebanjo, in Isanya Ogbo, Ogun State.

Afenifere also noted that restructuring Nigeria into true federalism was achievable before the 2023 general elections, if President Muhammadu Buhari-led Federal Government would adopt the reports of the 2014 National Conference and the 2018 Mallam Nasir El-Rufai Committee of the All Progressives Congress (APC) on True Federalism with desirable modifications where necessary.

The communique, which was made available to journalists by the National Publicity Secretary of Afenifere, Jare Ajayi, stated that the meeting deliberated extensively on various issues about the Nigerian nation, especially in the way they affect the Yoruba.

“The meeting reviewed the various challenges that Nigeria has been facing since independence. The meeting felt that while the country had never met the dream of its founding fathers, the situation had never been this bad socially, economically and politically. The situation is particularly worse on the security front as no part of the country is safe at any time of the day anymore,” the communique read in part.

“After extensive deliberations, Afenifere “considered Sunday Adeyemo Igboho as ‘a prisoner of conscience’. Afenifere called on all men and women of conscience, particularly the international community to which human rights and freedom are abiding faith, to prevail on the governments of Nigeria and the Benin Republic to release Sunday Igboho forthwith.

“Not only that, but the federal government should also pay Sunday Igboho the damages awarded to him by the court upon the savage attack on his person and property.

The apex Yoruba socio-cultural organization also called on the federal government to release Nnamdi Kanu even if on political consideration as happened in the case of Asari Dokubo under then-President Olusegun Obasanjo.

Speaking on the need for restructuring of the Nation, Afenifere noted, "One of the things that has been a great cog in the wheel of Nigeria’s progress today was the rubbishing of true federalism, meaning that true federalism must be allowed to be effectively operational immediately. In other words, states and local government councils must be allowed to enjoy self-governance as provided for them in the constitution.

“Afenifere is convinced that restructuring of the Nigerian State before the 2023 general elections is achievable. It is achievable through the adoption of the Reports of the 2014 National Conference and the 2018 Mallam El-Rufai Committee of the APC on True Federalism with desirable modifications where necessary.

“In recent times, we have consistently expressed concern on the situation of insecurity in Nigeria today. We have also always recommended what we consider as the ways out of the unprecedented security challenges facing us. In this respect, we strongly call on the present administration under President Muhammadu Buhari to ensure the introduction of State Police equipped with requisite means to enhance security in the states and that of the federation ultimately.

“The performance of Amotekun Security Network in the South West in conjunction with the Nigeria Police has shown clearly that all the criticisms against State Police are unfounded and self-serving.”

The meeting was attended by some leaders and members of Afenifere from all the states in Yorubaland including Delta, Kwara and Kogi.