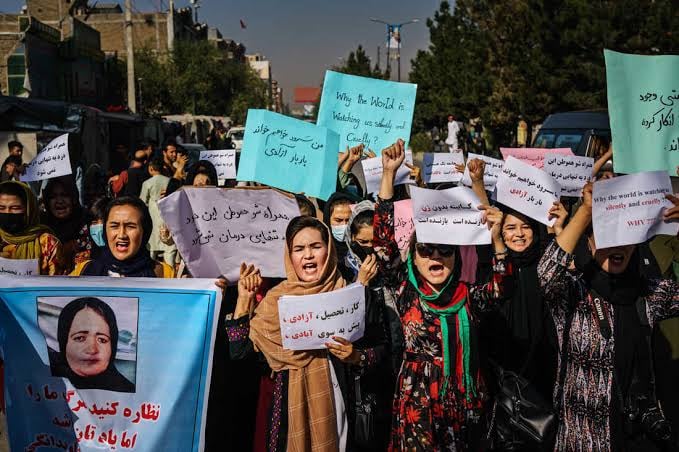 A crowd of women have protested in Afghanistan, calling for women’s right to be respected and accusing the Taliban authorities of killing soldiers.

About 30 women gathered near a mosque on Tuesday and marching and singing "justice" before they were stopped by Taliban forces.

According to Aljazeera, one of the protesters, Nayera Koahistani yelled marching that “I want to tell the world, tell the Taliban to stop killing. We want freedom, we want justice, we want human rights."

The Taliban forces also detained a group of reporters and confiscated equipment of some photographers, deleting images from their cameras before returning it to them.

The protest comes week after the United Nations, Amnesty International and Human Rights Watch reported that there were allegations of more than 100 killings by the Taliban forces since their takeover in August.

The protesters also protested against the restrictions women are facing under the Taliban rule.

It should be noted that during the weekend, the government issued new guidelines banning women from travelling long distances unless escorted by a close male relative.

And Mahbooba Saraj, the chairman of the Afghan Women’s Network, declared and opposed the move, citing it would be difficult for women to get around as many do not have a male guardian to accompany them.

The Taliban fighters fired shots into the air to disrupt the protesters, bringing an end to the protests.