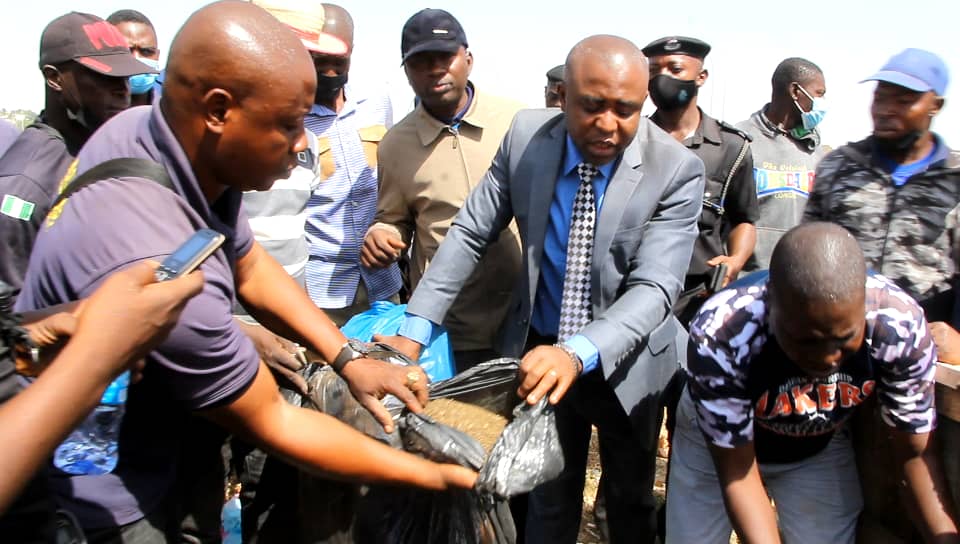 In a sting operation, the team of the FCT Ministerial taskforce on City Sanitation invaded and destroyed the drug hideout situated few metres away from one of the Police stations along that axis after a clean up exercise at the Dutse market.

Senior Special Assistant to FCT Minister on Monitoring, Inspection and Enforcement, Attah Ikharo, who led the operation, said the drug colony was exposed by security intelligence.

He said the suspects and the siezed drugs have been handed over the operatives of Nigerian Drug Law Enforcement Agency for further investigation.

Also speaking, the Deputy Director, Enforcement of Abuja Environmental Protection Board, Kaka Bello, noted that the destroyed drug colony is suspected to be managed by high profile drug syndicate, going by their confidence to peddle drugs in such highbrow area.