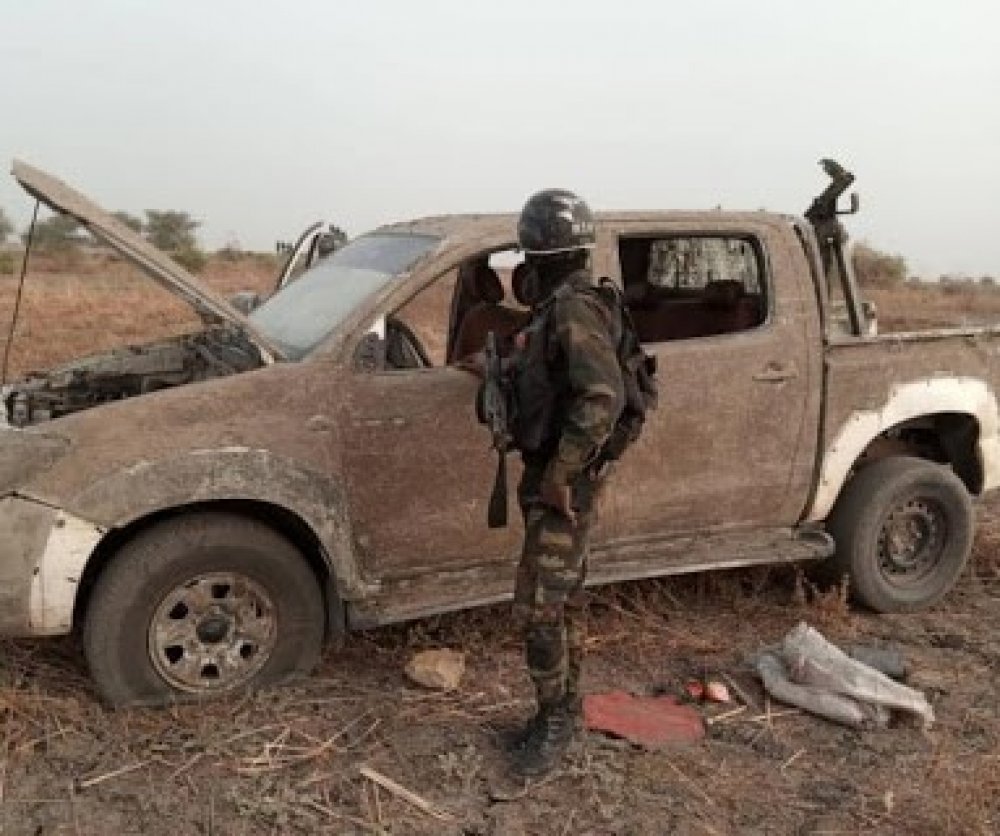 Ten civilians have been confirmed dead in Tuesday night’s attack on Damasak, the headquarters of the Mobba Local Government of Borno State.

The figure was confirmed by the Chairman of the Local Government, Mustapha Bako Kolo.

Although sources said the terrorist camp of the Islamic State West Africa Province (ISWAP) met stiff resistance from the Nigerian Army, who were supported by the Airforce, the attack left many civilians injured.

According to sources, the terrorist group stormed the area in over a dozen gun trucks and were seen heading towards the Army base in Damasak. This forced many residents to flee for safety.

Tuesday's attack on Damasak is the second within the week.

The insurgent had shared a video of their weekend attack on Damasak town, where they burned the UN buildings and food storehouses.

According to Channels Television, an official statement from the military was yet to be released as at the time of writing this report.

Nigeria’s military has struggled to end a jihadist insurgency in the northeast of the country for over a decade; this has resulted in over two million people being displaced from their homes.

The latest attack has prompted the resident to flee towards the border.

“The locals are currently relocating to Niger Republic due to a state of insecurity in the town,” said the military officer, who asked not to be identified.

Many residents had fled the town towards the regional capital Maiduguri or into the town of Diffa across the Niger border following three previous attacks, but other residents decided to stay back.

YOU MAY LIKE: Boko Haram Burns UN Facility, Police Station In Borno

On Wednesday, residents who remained left the town across the border when militants in several trucks fitted with machine guns engaged troops in a fight outside the military base in an attempt to overrun it.

“This is the situation we found ourselves in again, as you can see now we are going to take refuge in another country that is not even our own,” a resident said in a video clip sent to AFP by sources.

In the recording, hundreds of residents are seen on foot and on donkeys moving along a winding bush path with personal effects.