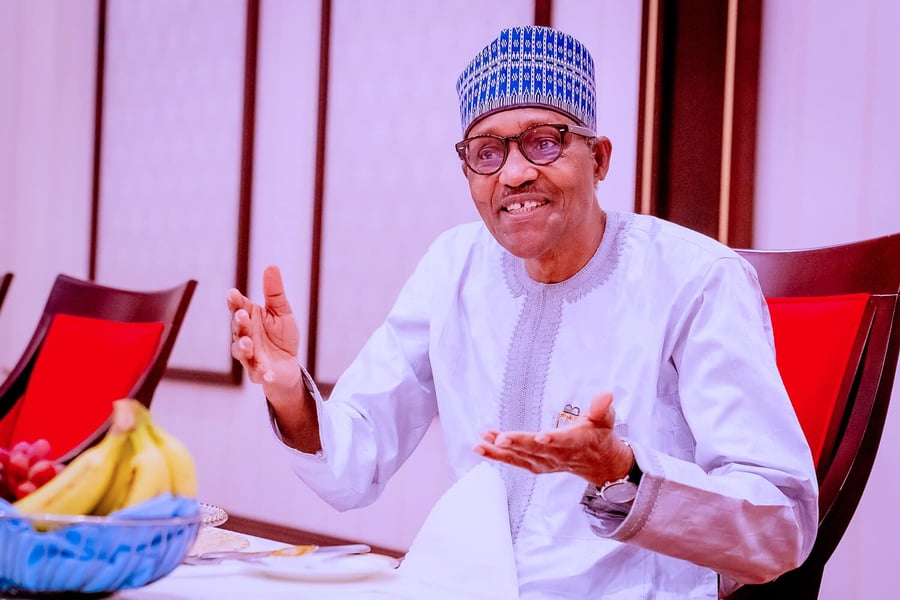 President Muhammadu Buhari has again appealed to the Academic Staff Union of Universities (ASUU) to call off the ongoing strike.

Buhari made the call on Friday in Maiduguri at the maiden Special Convocation Ceremony and conferment of Honourary Degree of Doctor of Letters by the University of Maiduguri on Alhaji Muhammadu Indimi, Chairman, Oriental Energy Resources Ltd.

The president was represented by his Chief of Staff, Alhaji Ibrahim Gambari.

“Its more appropriate that we say something about this ASUU strike because we are celebrating Alhaji Indimi who is celebrated hugely for advancement of quality education not only in this country.

“In this regard, I want to convey President Muhammadu Buhari's call for ASUU to call off their strike and return to classroom”, he said.

The president said negotiations had gone far and for ASUU to continue the strike under such a condition was counter productive.

According to him, such prolonged interruption of education is undermining the nation’s development of human capital.

The Vice Chancellor of the university, Prof. Aliyu Shugaba said the maiden special convocation was to give honour to Indimi for his contribution to educational development at home and abroad.

He urged the Federal Government, ASUU and other unions in the university to resolve the lingering strike to save the education sector.

Also, former President Olusegun Obasanjo lauded the peaceful atmosphere in Maiduguri, adding, “What I saw is contrary to the picture being painted outside."

Obasanjo commended the effort of Borno government and other stakeholders for the relative peace in the state and urged them to sustain the tempo.

He congratulated Indimi for the honour bestowed on him, describing him as “a self-made man as shown by his struggled to greatness in life”.

For his part, Indimi expressed gratitude to God for the honour done to him and reiterated his commitment to selfless service to humanity.

Prof. Saliba James, who read the citation of the celebrant, said that Indimi had distinguished himself in promoting educational development within and outside the shores of Nigeria.

“Indimi has been providing remarkable help to the vulnerable and downtrodden people in the society irrespective of where they come from.

“He has supported many indigent students in Borno, his home state and even in far away states like Akwa Ibom.

“It is on record that Alhaji (Dr.) Indimi has provided vital education infrastructure in International University of Africa
(IUA), Sudan; in far away Lynn University, Florida, USA, and of course not forgetting to mention this multi-billion naira magnificent edifice where we are right now seated and holding this Special Convocation today in this University.

“I believe that his best is yet to come”, James said.