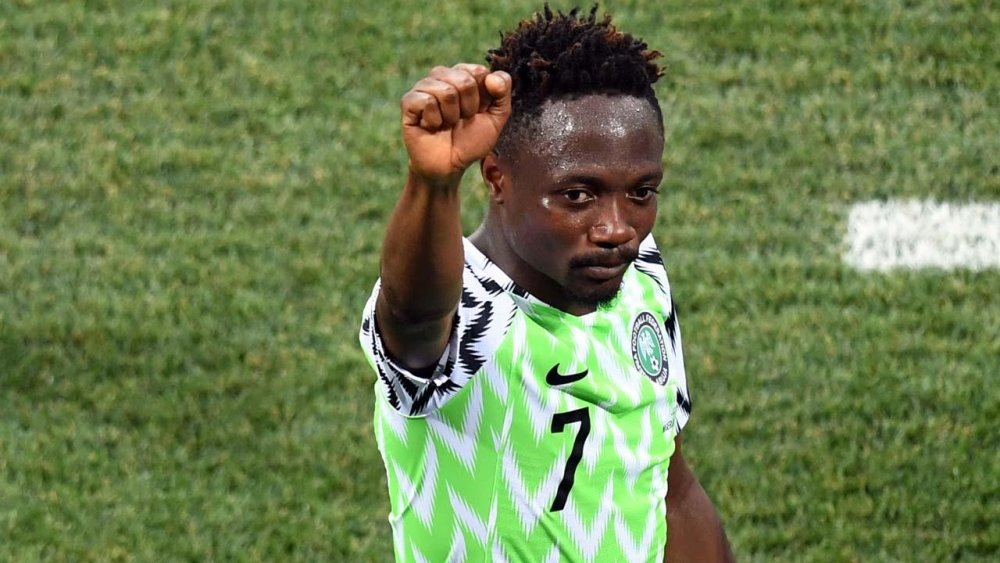 Musa 28, should have reached a centurion of games for Nigeria at the world cup qualifier against Cape Verde on Tuesday but FIFA swooped in and corrected NFF on the game count.

The NFF has now made the required adjustment having released a statement on Wednesday that it has deferred to FIFA’s own record of 98 caps for the Super Eagles captain.

This is following the nullification of two of the matches he played which should have taken his tally of appearances to 100.

“We defer to FIFA in this regard, so Ahmed Musa has 98 caps,” said the NFF release.

“If he features, as expected, in the home-and-away matches against the Central African Republic in October, he will clock the tally of 100 and the celebrations will follow in full flow,” NFF’s Director of Communications, Ademola Olajire, added on Wednesday.

FIFA notified NFF on Tuesday that Musa’s appearances in the 3-0 defeat of Togo in a friendly match in Paris in June 2017 and the FIFA World Cup Russia 2018 qualifier against Algeria in Constantine in November 2017 did not count.

The match against Togo was struck off as both Nigeria and Togo made more than the regular number of changes in the game, while the encounter in Constantine, which ended 1-1, was nullified because Nigeria fielded an ineligible player and the result was overturned, with Algeria awarded the game, even as Nigeria had already picked the World Cup ticket before the tie.

Ahmed Musa received a N10M reward from NFF President Amaju Pinnick in which he reported shared N5M with his teammates saying “without my teammates, I cannot be what I am today, I will be giving N5million to the team from the N10million I am to receive”.