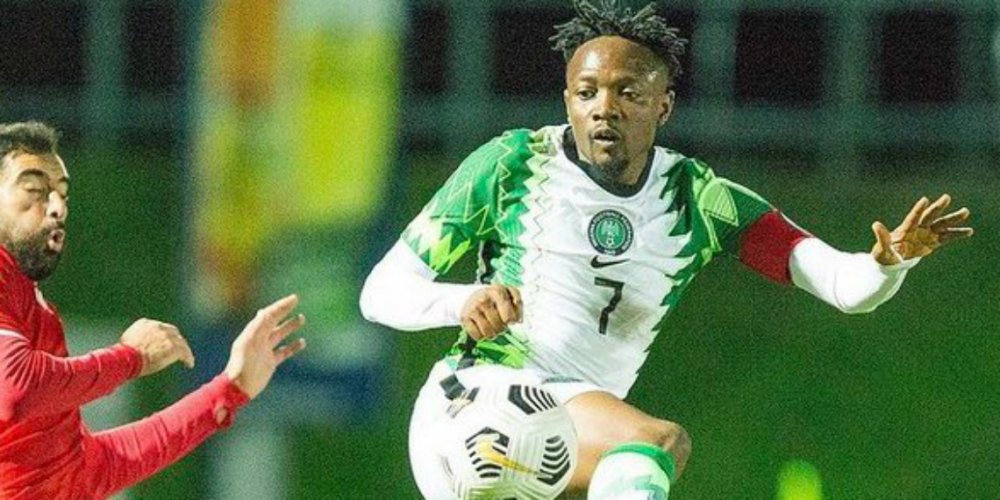 Twitter and Facebook users are praising Super Eagles captain, Ahmed Musa, a practicing Muslim, for his act on Tuesday, leading the team in a praise and worship session, just prior to their game against Lesotho in an Africa Cup of Nations (AFCON) qualifying match at the Teslim Balogun Stadium, Surulere, Lagos. The AFCON-bound Super Eagles won the game three goals to nothing.

In a clip circulating on social media, Musa, 28, was videoed leading his teammates in singing 'Christian songs'.

This act drew commendation from social media users, who harmoniously agree he is examplary.

Musa came on in the second half of the Super Eagles last AFCON qualifying match, in Lagos.

Clubless Musa had been invited to be part of the squad that took on Benin and Lesotho "because he is the captain", according to manager Gernot Rohr.

The former Leicester City striker has been without a club since he left Al-Nassr in October 2020 but was named in the 24-man list.

See some reactions to Ahmed Musa singing Praise and Worship songs below:

I always look forward to the Praise/Worship inside the team bus. I love the way our Super and inspirational Captain Ahmed Musa leads the team ??.#SoarSuperEagles #AFCON2021Q pic.twitter.com/tYrw7K5969

You watch this video and you see another reason to love Ahmed Musa.

Ahmed Musa leading praise and worship in the Super Eagles team bus before the game is the highlight for me. ?

Religious extremism is for poor people.