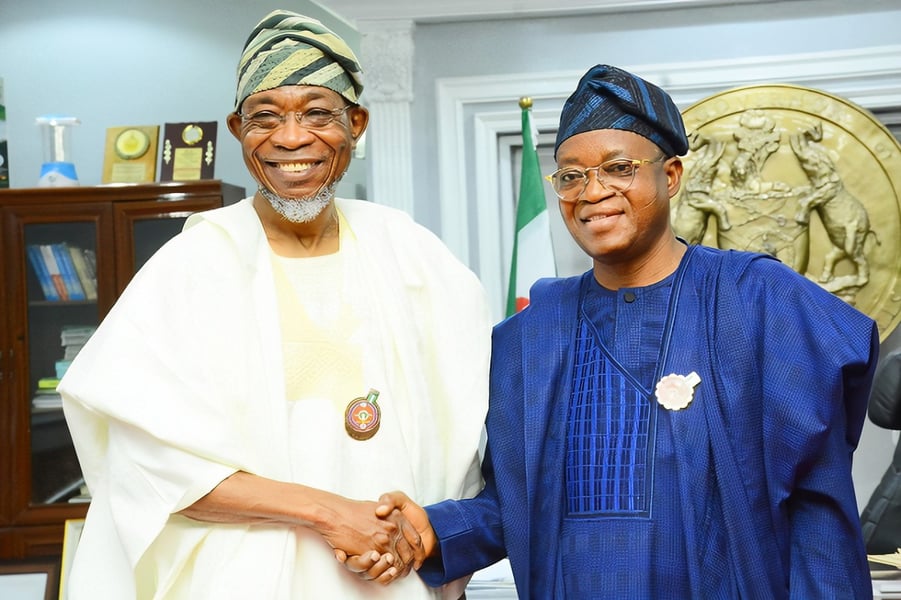 It has been disclosed that Ogbeni Rauf Aregbesola, the Minister of Interior has not publicly stated that he will not support Adegboyega Oyetola, the Osun State Governor in his bid to rule the state for another four years term.

This revelation was made by Ismail Omipidan, the Chief Press Secretary to Adegboyega Oyetola, during a radio current affairs program monitored in Osogbo on Friday.

The media aide of the Osun governor while explaining that both men had regular conversations added that both of them had such in late 2021.

He maintained that there was no misunderstanding between both men as foot soldiers who were hell-bent on causing mischief would have wanted it to be.

On the agitation by the Osun West Senatorial District on producing the next gubernatorial candidate of the party in the July 16, 2022 election, Omipidan revealed that the agitations have subsided because the Oyetola administration has been able to deliver projects that were lacking in the area.

Reacting to an allegation by Fouad Oki, a Lagos chieftain of the All Progressives Congress (APC) that the Osun governor was reaping where he did not sow, Oyetola's media aide stated that the Interior Minister as Osun governor had highly commended Oyetola for his role as Chief of Staff.

He also disclosed that the All Progressives Congress (APC) in the state was not factionalized as there was only one party under the chairmanship of Gboyega Famodun.

Omipidan explained that to prove that, the Adamu Abdullahi National Reconciliation Committee's first point of call was the Famodun led executives, who are yet to be sworn-in as obtainable in all the state chapters of the APC nationwide.