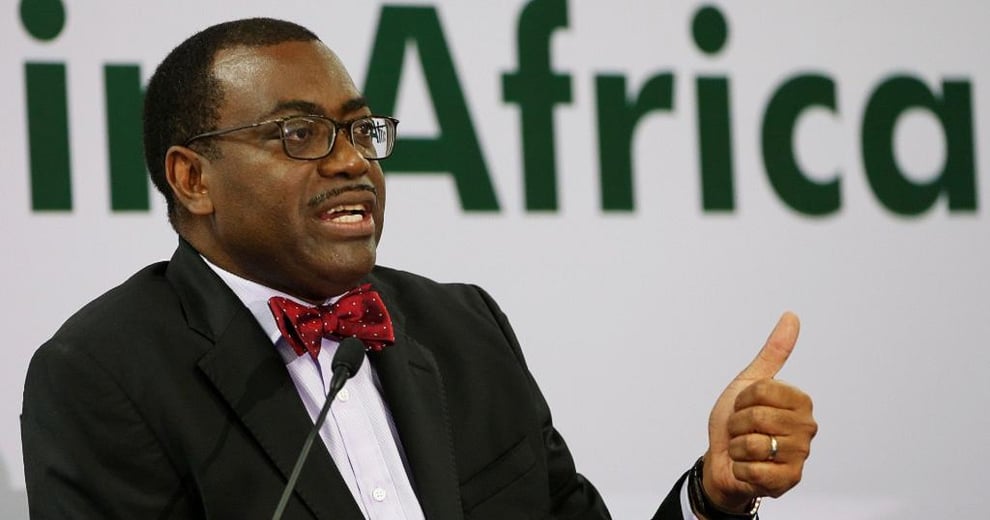 African Development Bank Group President Dr. Akinwumi A. Adesina congratulated the 500 project sponsors, investors, deal brokers, and government representatives from around the world for participating in the African Investment Forum's virtual boardroom sessions, which have attracted $32.8 billion in investment opportunities.

According to information made available on the bank’s website, the African Development Bank (AfDB) said the three-day virtual boardroom meetings were an opportunity for the bank to showcase 40 unique projects scattered across several sectors on the continent.

As the COVID-19 pandemic faded, Africa, according to Adesina, was clearly back for investment.

Alain Ebobissé, CEO of Africa50, presenting the mood in the boardroom sessions, said: "There were real and exciting deals that were transacted during this forum.

"We’re seeing a lot of interest from the private sector in various sectors, including power – particularly renewables, the ICT and telecom sector, and healthcare.

"We need to make sure we speed up the implementation of that so that success will generate more success. "

The outstanding outcomes of the virtual boardrooms confirmed strong interest in a variety of economic sectors that provide a high return on investment as well as a high social impact for Africans.

Energy projects drew a significant amount of investment interest. The construction of a large-scale LNG receiving terminal and distribution network to transport natural gas to end-users is part of a $232 million liquefied natural gas project in Guinea.

Following the announcement of the results, Adesina and the leaders of the Africa Investment Forum's partner organizations discussed boardroom projects and the continent's economic recovery.

The Lagos-Abidjan highway corridor project, valued at $15.6 billion and led by the Economic Community of West African States (ECOWAS) Commission, received the most attention in the boardroom sessions. When completed, this public-private partnership project will connect Abidjan to Lagos via Accra, Lomé, and Cotonou along the West African coast.

Adesina said that the highway will reduce travel times by 50% and give landlocked countries access to ports, which will in turn "have a meaningful impact on the lives of over 500 million people in West Africa."

"The African Development Bank Group has provided more than $40 million for feasibility studies to prepare the project for investment."

More than 20 potential investors have expressed interest in the $50 million Makbel Dairy Farm. Angola's agriculture project has the potential to generate over 2,000 direct and indirect jobs and transform the country into a net exporter of milk products.

Two prospective equity partners have expressed interest in acquiring a 45 percent stake in the project.

A $67 million Mobihealth Telemedicine initiative is an innovative digital health transaction in the healthcare sector. It is also led by women and entails the development of a fully integrated proprietary telemedicine platform as well as the establishment of telehealth clinics.

Since the onset of the COVID-19 pandemic, healthcare has emerged as a top priority for Africa Investment Forum partners.

The African Development Bank released a healthcare infrastructure strategy in February 2022 as part of its plan to build an African health care defense system.

Group Executive Mohan Vivekanandan spoke on behalf of Development Bank of Southern Africa CEO Patrick Dlamini, saying: "A lot of the capital that we need is here on our continent.

"It is about us creating the opportunities for that capital to flow because once that happens, it will create investment opportunities, jobs, and sustained economic growth."

Denys Denya, Executive Vice President, Finance, Administration, and Banking Services at the Africa Export-Import Bank, speaking on behalf of the organization's President, Professor Benedict Oramah, stated: "We are excited by the fact that government ministers and policymakers participated in the Africa Investment Forum boardroom sessions because we need the public sector and the private sector to work together to deliver on these projects that are urgent for our continent. The Lagos-Abidjan highway is very critical for us because we are a trade finance bank. "

Given the acute infrastructure deficit in Africa, support for the Forum is critical in unlocking the substantial investments required to address the deficit.

EIB President Werner Hoyer was represented by Ambroise Fayolle, Vice President of the European Investment Bank. Fayolle stated that the outcomes of the boardroom discussions impressed him but did not surprise him.

He also said that the European Investment Bank had launched a new arm, EIB Global.

"EIB Global wants to do more investment projects in Africa. It will strengthen engagement, partnerships, and new investment across Africa, and we are very pleased to do that with the optimism I heard tonight."

The Africa Investment Forum is a multi-stakeholder investment platform. It is an initiative of the African Development Bank Group and seven other partners, all of which sourced potential transactions from their pipelines for boardroom sessions.