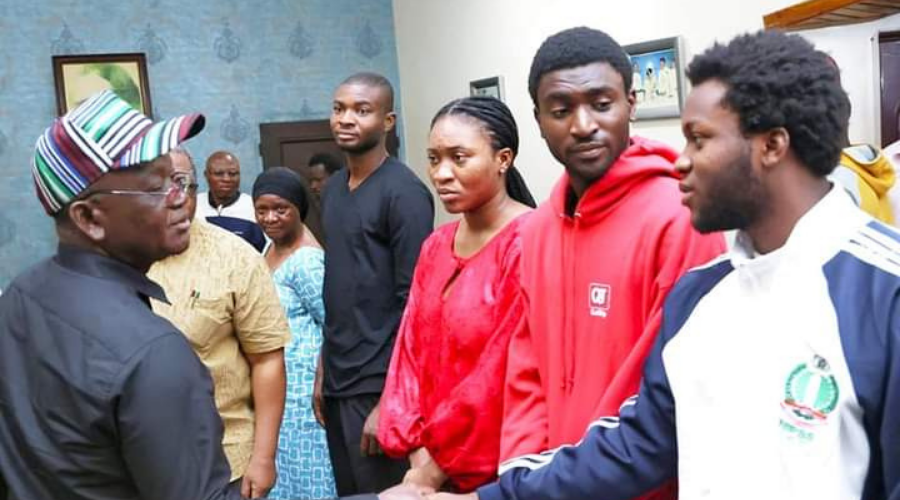 Benue State Governor Samuel Ortom has described the death of Assistant Inspector General of Police, AIG Don Awunah as a huge loss to the state.

The Governor stated this on Thursday during a condolence visit to the family at their New GRA, Makurdi residence.

He admonished them to be comforted and have faith in God as everything happens according to His will.

The Governor lamented that even though he was personally pained with the death of the top Police officer because he had so much to give to his community and the country, no one can question God on why he sanctioned his death at this time.

Governor Ortom said the demise of the top police officer who had excelled in his career was painful to his family, friends and colleagues, however enjoined them to ensure that the legacies he left behind were maintained.

He assured that as a close friend and Benue son, he would maintain close ties with the family and continue to support them.

He directed his Chief of Staff, Dr. Tivlumun Nyitse to liaise with the family and furnish him with the financial involvement concerning his burial so that he and others can assist them to give him a befitting burial.

The first son of the deceased, Donald Kumachivir Awunah expressed appreciation to Governor Ortom for his words of encouragement, prayers and financial support and prayed God to continue to bless him.

The Governor was accompanied on the condolence visit by the Chief of Staff, Dr. Tivlumun Nyitse, Principal Private Secretary, Hon Steven Amase, Principal Special Assistant to the Governor on Administration, Dr James Anbua and Hon. Abrahams Kwaghngu, among others.