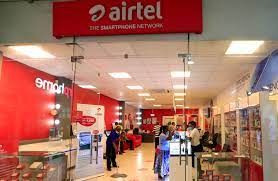 Airtel Africa announced that its Kenya subsidiary, Airtel Kenya Networks Limited, has agreed on settlements with the Communications Authority of Kenya regarding its operating and spectrum licenses.

The telecommunications and mobile money services giant said that it had also been approved for a ten-year license to use 2x10MHz of spectrum in the 2100 MHz band.

Simon O’Hara, the group company secretary, said: "In respect of settlements regarding the 2015–2025 operating and spectrum license, Airtel Kenya will pay a total of c. $20 million in four installments over the next three years.

"This $30 million investment reflects our continued confidence in the tremendous opportunity inherent in the Kenya market", he concluded.

We believe that this decision by Airtel Africa, through Airtel Kenya, will not only help the company consolidate its position in the Kenya telecommunication market but also enable it to meet its revenue target for Q1 2022.