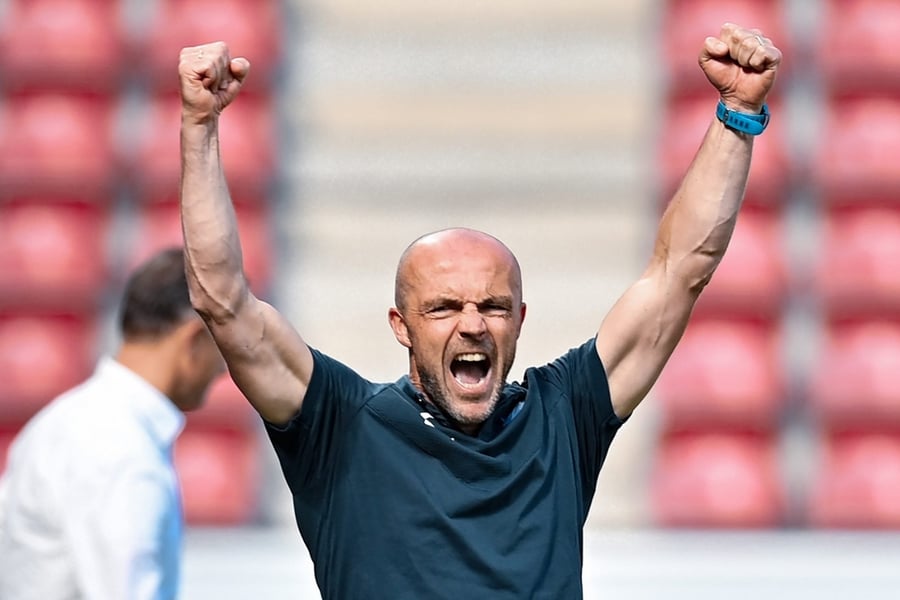 Schreuder will be signing a two year contract that starts after this season and will end June 30, 2024.

The agreement contains an option for a third season.

These last years he has gained experience as a head coach and as assistant coach at top clubs in various countries and competitions.

We have a lot of faith that he will give a good continuation to the path we have chosen at Ajax these last years. In both the Eredivisie and the UEFA Champions League."

"I'm also happy that we now have clarity concerning this important position within the club. The selection of the first team will also be shaped in the coming period. Gerry Hamstra and Klaas Jan Huntelaar, who also spoke to Alfred, are working very hard on that matter."

After the agreement was reached with Alfred Schreuder, He said, "Becoming head coach at Ajax is an honor and a great opportunity, that I will grab with both hands.

I’m also excited to return here, because I enjoyed the one and a half years I’ve worked at Ajax very much. I wish to win prizes here in Amsterdam, with a team that plays attractive football.

With a good balance between experienced top players and very big talents. But first I want to end the season with Club Brugge successfully. I want to say goodbye with a title, that is very important to me and I will do my absolute best to accomplish that."

The coach was previously active as an assistant coach to the current head coach Erik Ten Hag, from January 2018 until 2019.

As a player he was active in the Eredivisie and the First Division and won the championship once in both competitions. He played in the midfield position winning both the Johan Cruijff Schaal and the KNVB-cup once.

In January 2009, Schreuder decided to retire from playing football and became assistant coach at Vitesse.

During the season of 2014/2015 he became head coach of FC Twente. After that he went on to be assistant coach at TSG 1899 Hoffenheim, before becoming assistant to Erik ten Hag at Ajax in January 2018.

With Ajax he won the double in 2018/2019 and reached the semi finals of the Champions League. He then returned to Hoffenheim as head coach, but later moved on the become assistant coach to Ronald Koeman at FC Barcelona. In January 2022, he was appointed as head coach of the Belgian Club Brugge, with whom he is currently competing in the play-offs for the Belgian championship.