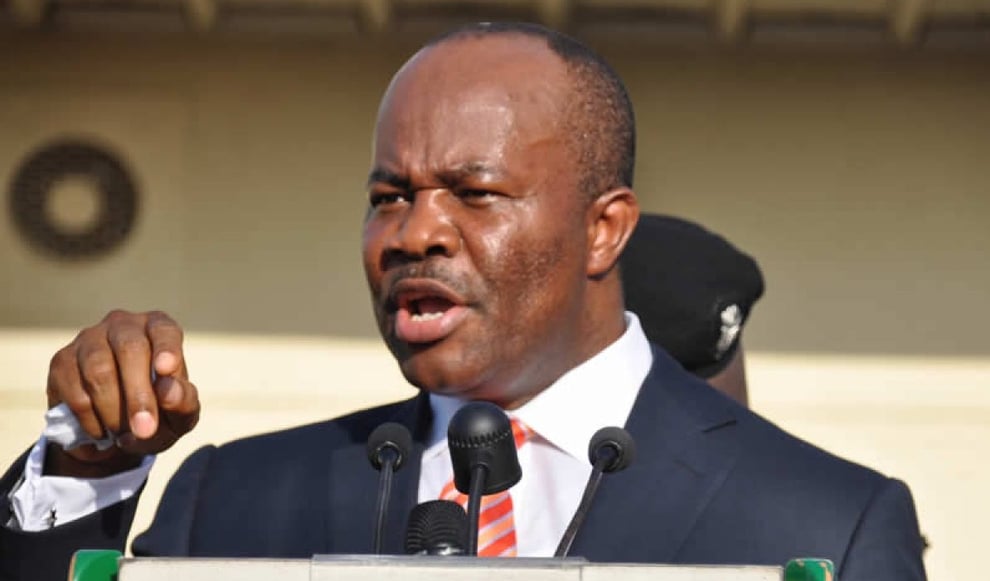 Former Governor of Akwa-Ibom State, Sen. Godswill Akpabio at the weekend declared that he sees himself more or less as an Igbo man due to his long cultural ties and blood relation with the people of South East geopolitical zone of the country.

He said that nobody can best protect the interest of Ndigbo in Nigeria than himself if he becomes the president of the country.

"I have South East blood in my family. My wife is from Ezeagu in Enugu state, and my uncle, Akpabio Udoh Akpabio moved motion for the establishment of the University of Nigeria Nsukka," he said.

Akpabio, the immediate past Minister of Niger Delta Delta Affairs and presidential aspirant under the platform of the All Progressives Congress (APC), was addressing delegates from Enugu, Anambra and Ebonyi states, who gathered in Enugu to receive his campaign team.

"Nobody can treat Southeast better than an in-law like myself."

He therefore promised to address all the complaints of marginalisation by Ndigbo, even as he pledged to replicate his uncommon transformation of Akwa-Ibom when he was governor to the whole country if he becomes president of Nigeria.

"I'm in the race to win...I want to run on my record as governor of Akwa- Ibom.

"I will tackle insecurity as I tackled Nigeria Delta militancy.

"Most of the youths go into criminality because of lack of jobs.

"I will create jobs for the youths. I will turn Nigerian youths into men," he said.

In a remark, the Enugu State Chairman of APC and coordinating Chairman of APC in South East, Barr Ugochukwu Agballah described Akpabio as a man who had left his footprints on the sands of time.

Agballah noted that when Akpabio was governor of Akwa-Ibom State, the state was turned into the largest construction site in Nigeria, with the construction giant, Julius Berger constructing the stadium, hospitals, airport among other world class projects.

"For the eight years he ruled, it was the first time in the entire country where the construction giant, Julius Berger took charge of road construction.

"I was Commissioner for Works in Enugu state and what Chief Gods will Akpabio did in Akwa-Ibom is unparalleled, it is a record that is unbroken, it was unsurpassable and he was termed uncommon,".

Agballah said that he believes in a handshake between the South East and South South since both belong to the old Eastern region, and that if he becomes the president, Akpabio has the capacity to turn Nigeria around.