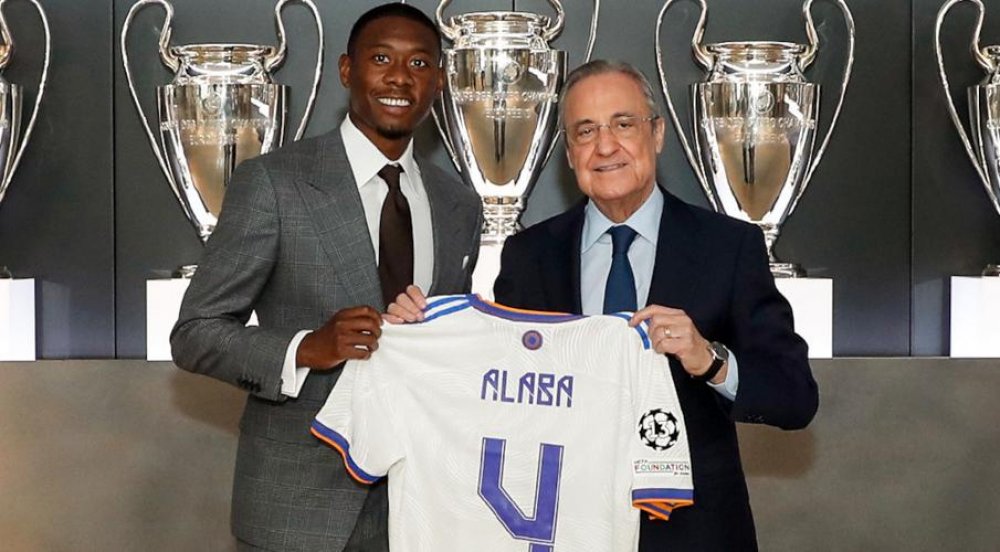 Real Madrid new defender David Alaba said he has not joined the club to replace former captain Sergio Ramos after he was given the Spaniard's old No. 4 jersey.

The versatile Alaba, who arrives on a free transfer from Bayern Munich, will wear the number four shirt that Ramos sported during his 16-year stint at the Santiago Bernabeu.

Alaba insisted that he does not feel any pressure to step into the Spaniard's shoes.

"We all know Ramos was here for a long time and wore this number, becoming the leader of this team," he told a news conference.

"But the truth is that yesterday I spoke to the club and they told me that right now it's the only available squad number, and I didn't want to start asking other players if they wanted to swap.

"I'm honoured to wear the number four, it's a source of great pride and motivation for me and I want to do it justice - but I'm not here to compare myself to other players or replace them: I'm here to be David Alaba."

The 29-year-old Austrian has signed a five-year deal with the 13-time European champions, having previously spent his entire senior career with Bayern where he won 10 Bundesligas, two Champions Leagues and six German Cups.