Aliko Dangote Gains Over N1.2 Trillion In One Year 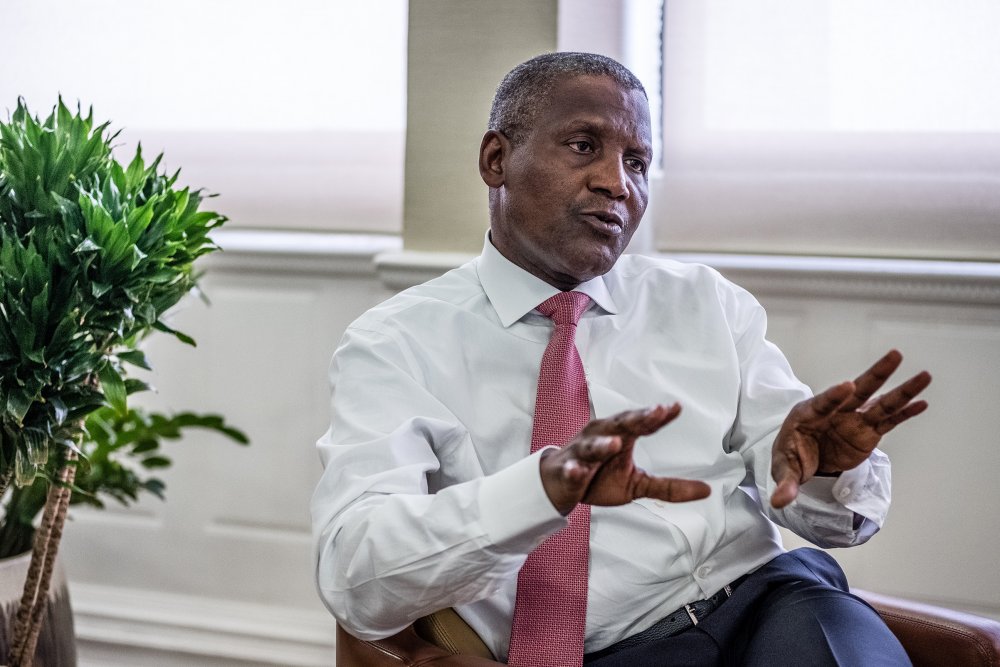 Africa's wealthiest man Aliko Dangote has risen in the world's richest man ranks after a $3 billion (N1.23 trillion) year-on-year increase in his net worth.

According to the Bloomberg Billionaire Index, the Nigerian businessman's net worth has increased to $17.8 billion from last year’s $14.8 billion.

Dangote, who has held the spot as Africa's richest man eight times in a row, is currently ranked as 115th richest man in the world, making him the only African in the top 120.

The 64-year-old serial entrepreneur has gained $52.6 million (N21.56 billion) from January to date as his companies have appreciated in valuation this year. Most of his fortune is gotten from his 86 percent stake in the publicly-traded Dangote Cement Plc. He holds the shares in the company directly and through his conglomerate, Dangote Industries.

Dangote's other publicly traded assets include stakes in Dangote Sugar, Nascon Allied Industries, and United Bank for Africa. His stakes in the publicly traded companies are held directly and through Dangote Industries, which also owns closely held businesses operating in food manufacturing, fertilizer, oil, and other industries. Dangote's most valuable closely held asset is a fertilizer plant with the capacity to produce up to 2.8 million tonnes of urea annually.

However, his $12 billion oil refinery that is currently being developed isn't included in the valuation because it's not yet operational and construction costs are calculated to outweigh its current value.

The billionaire is also said to own six residential and commercial properties in Lagos.

Other Africans on the list of top 500 world’s billionaires are three South Africans; the managers of the Swiss-based luxury-goods company Richemont and the South Africa-based company Remgro, Johann Rupert, and family had their place on the billionaire index with the worth of $10.1 billion.

A member of the Oppenheimer family from South Africa, also the world’s diamond producer, Mr. Nickholas Oppenheimer, was placed at rank 353 with a worth of $7.80 billion.

Also, the CEO of Krish Group, Mr. Natie Kirsh, also from SouthAfrica,  had a place in the billionaire index,  reputed to be worth $7.15 billion and Nassef Sawiris from Egypt is also among African billionaires with a worth of $6.93 billion.