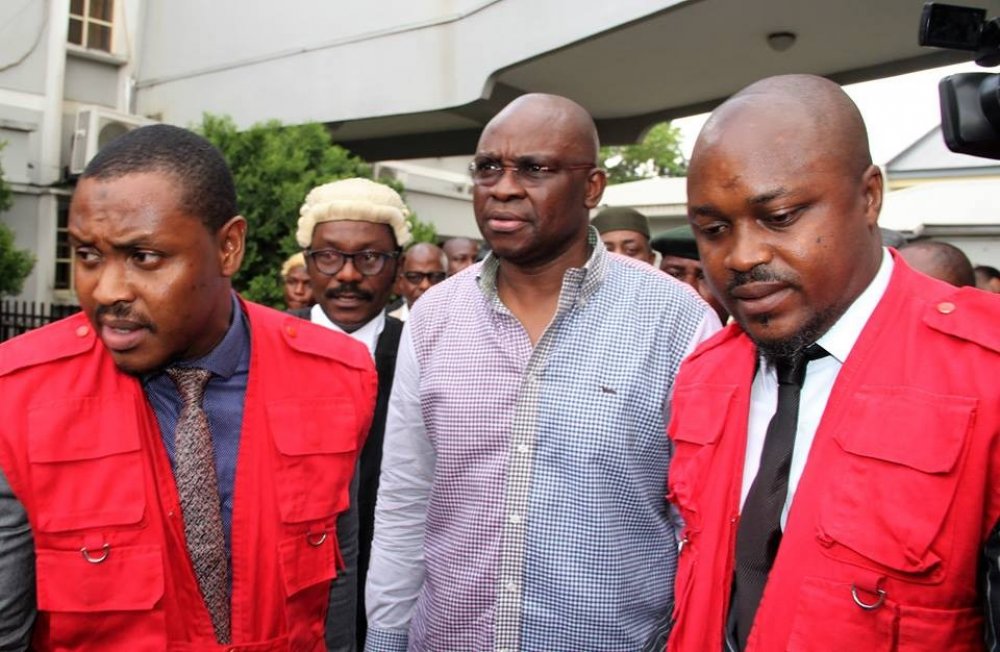 Justice Chukwujekwu Aneke granted permission following an application by Fayose’s counsel, Ola Olanipekun (SAN). Fayose had through his counsel, sought an order of the court granting him leave "to travel outside Nigeria for further medical examination, diagnosis, treatment, and therapeutics, as an exigency of his health demands, on dates which shall not coincide with or obstruct any date of the trial in this case."

He also sought an order that his international passport, which was deposited with the Registrar of the Court as part of the conditions for bail granted should be released to him and returned to the court upon return from the trip.

The counsel said that Fayose had religiously complied with all the terms and conditions upon which bail was granted including depositing his International Passport with the Registrar of the Court.

The application was not opposed by the EFCC. In granting the application as contained in the Motion on Notice dated February 5, 2021, and moved today by Sunday Olowolafe, the Court insisted that Fayose must be in Court on March 18 and 19, 2021, the next adjourned date.

AllNews Nigeria understands that Fayose is standing trial for alleged engagement in N2.2 billion fraud. After stunning Nigerians by surrendering himself to the EFCC on October 16, 2018, Fayose was first arraigned on October 22, 2018, on 11 counts before Justice Mojisola Olatotegun.

He was arraigned alongside his company, Spotless Investment Ltd. The former governor was re-arraigned before Justice Chukwujekwu Aneke on July 2, 2019, after the case was withdrawn from Olatoregun, following EFCC’s petition.

He also pleaded not guilty before Aneke and was allowed to continue on the bail earlier granted, while the case was adjourned for trial.

Food Crisis: “There Is No Need For Anxiety, Food Security Is Guaranteed — LASG