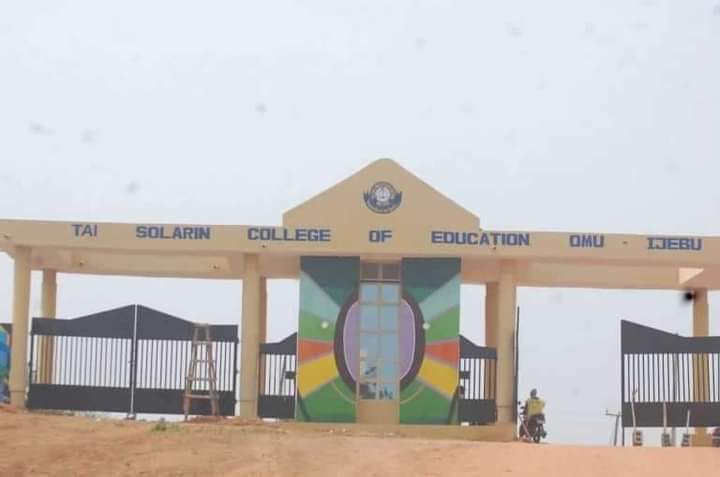 Students of Tai Solarin University of Education, have been directed to vacate the school environment as contained in a statement issued by Public Relations Officer of the state-owned tertiary institution, Mrs A.O Odubela.

The Senate of the Tai Solarin University of Education (TASUED), Ogun State, has closed the institution till further notice, following alleged abduction of some students of the school by operatives of the Nigerian Army.

The statement, as obtained by Saturday Tribune, debunked news making the round on Thursday evening that the Student Union President of the school and some other students were abducted by military personnel.

It, however, disclosed that some students of the school were harassed by military men on duty at a point close to Conoil Petrol Station, along the Sagamu-Benin expressway.

The PRO added that the school authorities upon the receipt of the information, acted swiftly by contacting the Commandant of Ilese Barracks where the students were reported to have been taken to.

The statement said the Commandant had promised to look into the matter, adding that at no time had the university management invited military men to the school.

The statement read, “Sequel to the incident that occurred on Thursday 28th October,2021 on the Sagamu-Benin Expressway,the Management of Tai Solarin University of Education Ijagun,Ogun State hereby states as follows;

“That the incident occurred at a military check point close to a Conoil Filling Station, on the Sagamu-Benin expressway in the evening on Thursday, 28th October, 2021.

“That the university authorities were contacted that some of her students were harassed and consequently taken to Ilese Baracks after being arrested.

“The Commandant of Ilese Barrack was contacted and he confirmed that his officers were on an official operation on the Sagamu-Benin expressway, assuring the university that he will look into the matter.

“It should be made clear that the University Management at no time invited any military personnel or security agencies into the campus as all the university campuses are peaceful and calm.

“No student was abducted from any of the university’s campuses, nor was any student shot dead.

“The Senate of Tai Solarin University of Education Ijagun, Ogun State at its emergency meeting directed that all students are to vacate the university’s campuses immediately.

“Parents are thus advised to contact their wards and ensure they return home forthwith.”