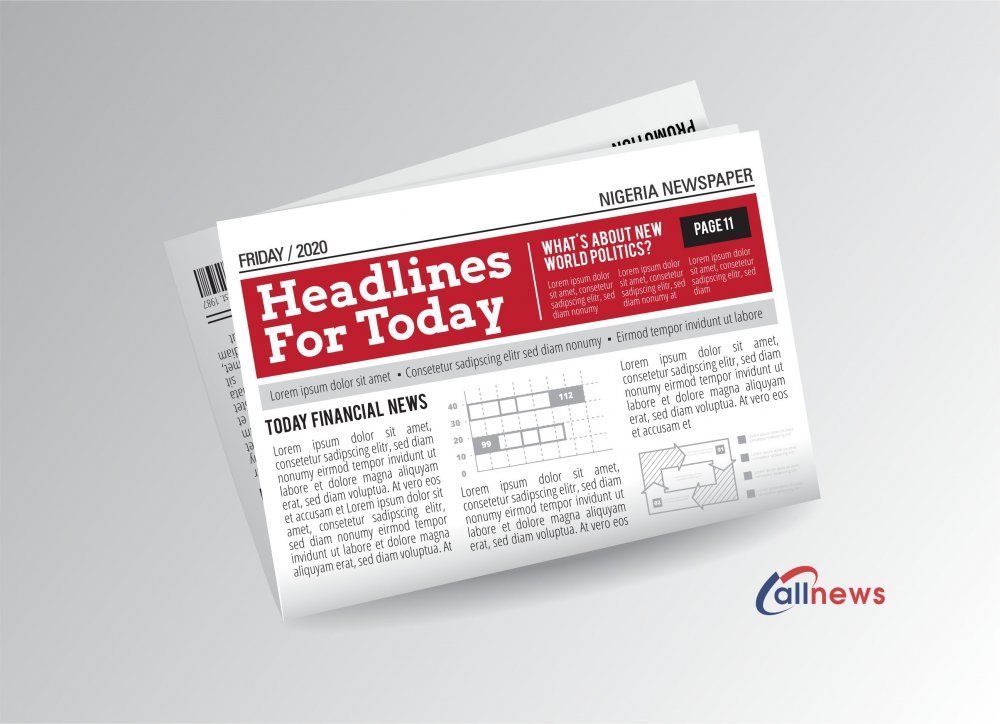 The Senate Chief Whip, Orji Uzo Kalu, in an interview, said that he would build a 20th-century economy "for our people" if he was made president.

The Senator said this on a programme at a radio station in Umuahia, capital of Abia State where he served as governor from 29 May 1999 to 29 May 2007.

The President of the Nigerian Association of Resident Doctors Aliyu Sokomba has announced that the association will begin another nationwide strike from Monday, September 7, 2020.

Making this announcement in a statement the association said it will commence its nationwide strike as the Federal Government did not meet its 21 days ultimatum that elapsed on August 17.

Access Bank has released it's consolidated and separate financial statements for the period ended June 30, 2020. Access Bank reported that the Group recorded revenue of NGN396.7 billion in the period under review, surpassing the NGN324.3 billion it recorded during the corresponding period of 2019.

The company also recorded NGN338.5 billion as revenue for the first half of this year, surpassing the NGN277.9 billion it generated the corresponding period of last year, Access Bank's financial statement disclosed.

The battle between Lionel Messi, his father, Jorge against Barcelona in the bid to leave the Spanish club has hit a new height as Messi' father and agent insists the €700m release clause is 'not applicable'. The La Liga authority has given Barcelona a boast as they released a statement saying the release clause is valid.

The 33-year-old informed Barca of his desire to leave via an official burofax and did not turn up for the team's first five days of pre-season training under new boss Ronald Koeman.

The Minister of Humanitarian Affairs, Disaster Management and Social Development of Nigeria, Sadiya Farouq on Thursday asserted that the present administration 'is in the process of selecting Batch C N-Power beneficiaries', AllNews reports.

AllNews report that Benue candidates of the ongoing police online recruitment registration are calling for help as they are been chased our of the physical screening at Ogadgbo local government area of the state.

According to reports, the police authority vowed not to screen candidates from the local govt foir reasons yet unknown.

Controversial journalist, Kemi Olunloyo while campaigning against parents “sexualizing” their children on social media, said she is glad she has no female child.

While sharing footage of a little girl showing some dance moves on social media, Olunloyo said parents lament over rape cases in the society but sexualize their daughters on social media.

8. Ever Been Tear Gassed? Kate Henshaw Slams People Calling On Celebrities To Protest Against Government​​​​​​​

It is suggested that the call for protest by celebrities is connected to the recent increase in the pump price of petrol and new electricity tariffs.

Commander of the Nigerian Navy Ship, NNS Jubilee, Ikot Abasi, Akwa-Ibom State, Commodore Abdulmajid Ibrahim, and the State Director, Department of State Security (DSS), Akwa Ibom State, Mohammad Modibbo have reiterated their support and readiness to collaborate with the Economic and Financial Crimes Commission, EFCC, in its fight against illegal oil bunkering and other forms of economic crimes.

“After meeting with a number of highly accomplished coaching candidates from diverse backgrounds, we knew we had a difficult decision to make,” said General Manager Sean Marks.