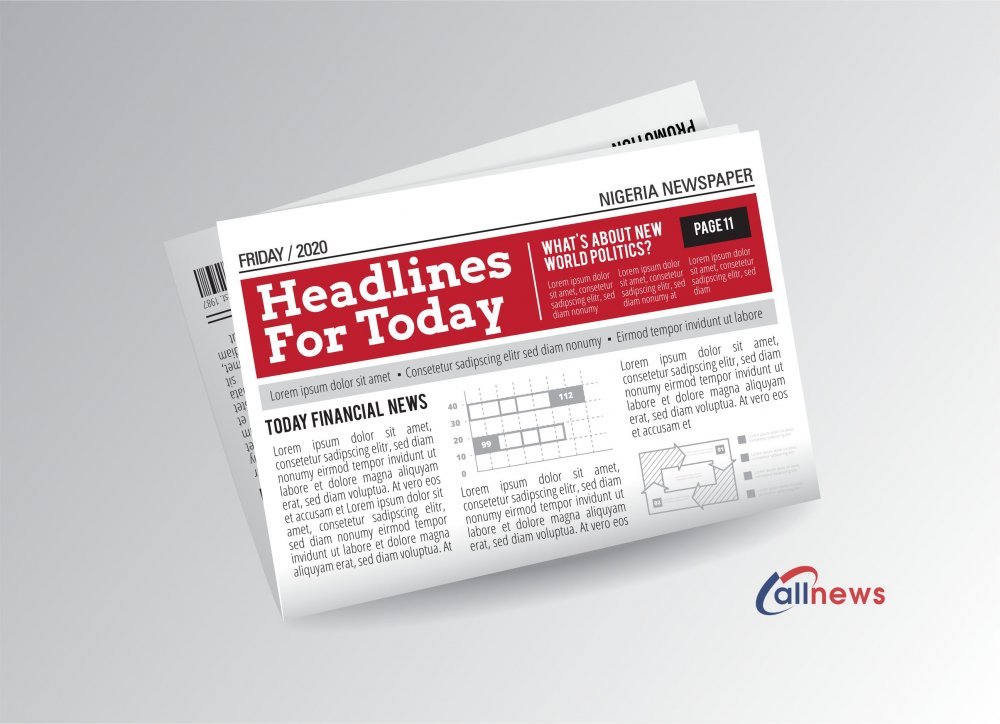 The Inspector-General of the Nigerian Police Force, IGP M.A Adamu has tackled the claim made by global rights organization, Amnesty International on October 21, 2020, that police personnel shot at peaceful #EndSARS protesters.

The Nigeria Immigration Service (NIS) led by Comptroller-General (CG), Muhammad Babandede has warned personnel to avoid extortion and other acts capable of tarnishing its image.

3. Nigeria: How To Apply For FG's N75bn Investment Fund As Registration Officially Opens

The application portal for the N75bn Nigeria Youth Investment Fund (NYIF) is officially opened for registration, AllNews understands. The Personal Assistant on New Media to President Muhammadu Buhari shared the information on his verified Twitter handle on Thursday.

4. #EndSARS: The Sacrilege Of Making Away With Oba Eko's Staff Of Office

For the past few weeks, Nigeria has been in a state of confusion and panic after the killings at the Lekki Massacre on #EndSARS protesters, hoodlums overtake the streets causing all kinds of destruction especially in Lagos.

5. Lekki Massacre: Nigeria Has Learnt Nothing , Ezekwesili Says As She Explains How Police Instigated Boko-Haram Activities

Former Minister of Education, Oby Ezekwesili has revealed how the Police instigated the terrorist activities of the Boko-Haram sect in the Northern part of the country. Ezekwesili who took to her Twitter page to make this revelation said that Nigeria has not learnt anything from the event that led to the emergence of Boko-Haram in 2010.

6. How To Apply For Lagos State Government Internship Programme For Graduates

How to apply for the Lagos State Government Internship Programme For 4,000 Graduates has emerged, get all the required details below before submitting your application.

Biafra political activist and leader of the outlawed Indigenous People of Biafra (IPOB), Nnamdi Kanu has claimed that there is a "propaganda to demonize the IPOB as the triggers of the #EndSARS protests", AllNews reports.

8. Social Media Regulation: 'Are You Mad? I Gave You Transport Fare Back Then' Actress Comes For Desmond Elliot

Nollywood actress Georgina Onuoha has joined the plethora of celebrities dragging Desmond Elliot, an actor and member representing Surulere Constituency in the Lagos State House of Assembly, over his "insensitive " comment on regulation and control of social media.

Ngozi Okonjo-Iweala, former Nigerian Finance Minister, has taken a swipe at the United States following the Donald Trump administration's decision to speak publicly against her appointment as the Director-General of the World Trade Organisation.

Arsenal travels to Old Trafford to face Ole Gunner's Manchester United after the completion of the European competition in mid-week with the Gunners trying to see to offset the Red Devils at home for the second time this season.

These are the latest  Nigerian newspaper headlines this evening. Visit our website www.allnews.ng for more latest news in Nigeria and around the world.