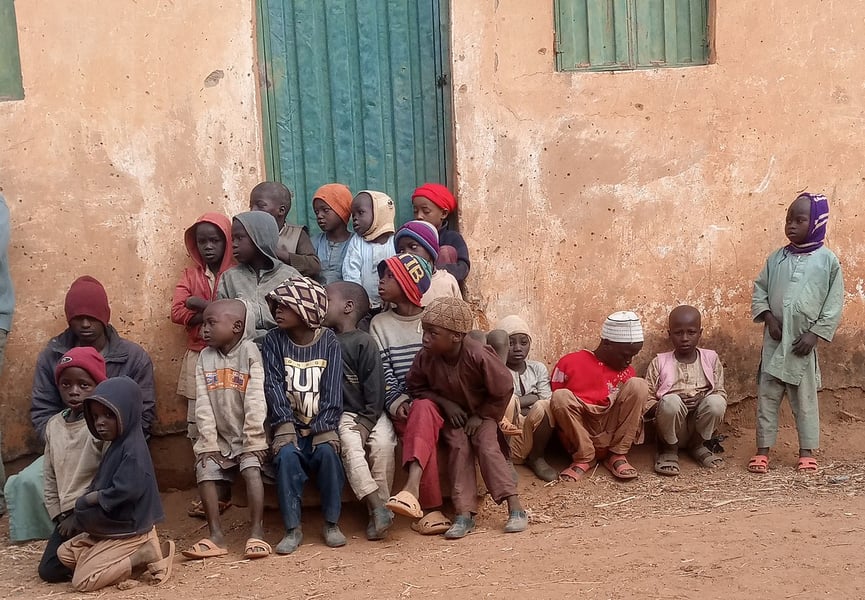 An illustration of what the Almajiri child could eat, and what he eats by Bulama Cartoon

The Almajiri child issue remains one of the most sensitive, controversial yet important socio-economic and security topics, especially among Northerners.

A recent comment by an actor/singer, Naziru Sarkin Waka, that the Almajiri child compared to actors in Kannywood industry are not less abandoned by their parents, has revived the heat around the Almajiri system topic, especially on social media.

Cartoonist Mustapha Bulama (On Facebook, Bulama's Cartoons), who is among the Northerners advocating for an end to the street begging the Almajiri child is subjected to, is facing a lot of backlash from some of his followers who feel he is mispresenting the system or just "an errand boy for the whites".

In a personal opinion, some of those against the reform of the Almajiri system are either naturally inhumane or just blind to the plight of others, or both.

These qualities are definitely toxic to the survival of the Almajiri child in modern times.

According to UNICEF, about 10 million children are reported to be Almajiri, or about 81 percent of the more than 10 million out-of-school children in the country.

Now, let us look at why some are so against the reform of the system.

For those against the reform of the Almajiri system, they - including some Almajiri teachers like Alaramma Salisu who spoke to AllNews Nigeria, reformation of the system translates to preventing young boys from learning the Qur'an.

This argument personally seems like an excuse to keep the boys in the bondage of hunger, ill health, poor hygiene, begging, and a bland future.

Most Muslim children I know of do attend Islamiyya, and even Tsangaya schools from their parents' homes daily.

I am not alone in this belief, Mustapha Bulama shares the same view.

"When we started, we differentiated the terms- Bara (street begging) and Almajiranci (traveling to seek Quranic knowledge).

"We made it clear that we are not against children learning the Quran but we want a reform of the system.

"We went through the history of street begging in Nigeria, the problems facing the Almajiri system and the various recommendations made by religious scholars and academicians.

"We discovered many seminars and conferences have been held on this issue. Books and theses have been written about it.

"In the end, we came to the conclusion that everyone is talking about Almajiranci not because the children are learning the Quran but because of the way the system is.

So to think that some hide under the guise of religion as to why this inhumane treatment of the Almajiri child should continue is nauseating. 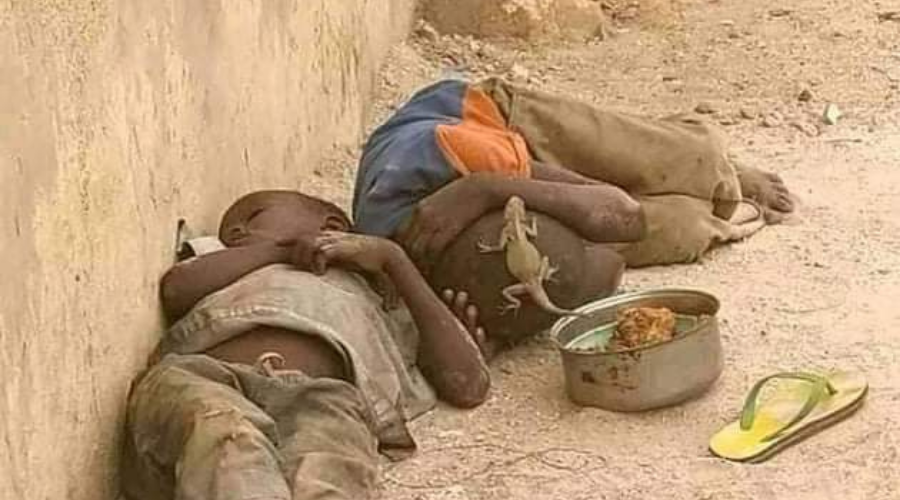 The people believe it is an ancient tradition of learning, not considering the fact that everything evolves with time.

How about taking lessons in classrooms not in an open field, sleeping in dormitories not packed in a room, being fed by their (Almajiri) parents and school authority, not begging from street to street?

What is wrong with studying right? 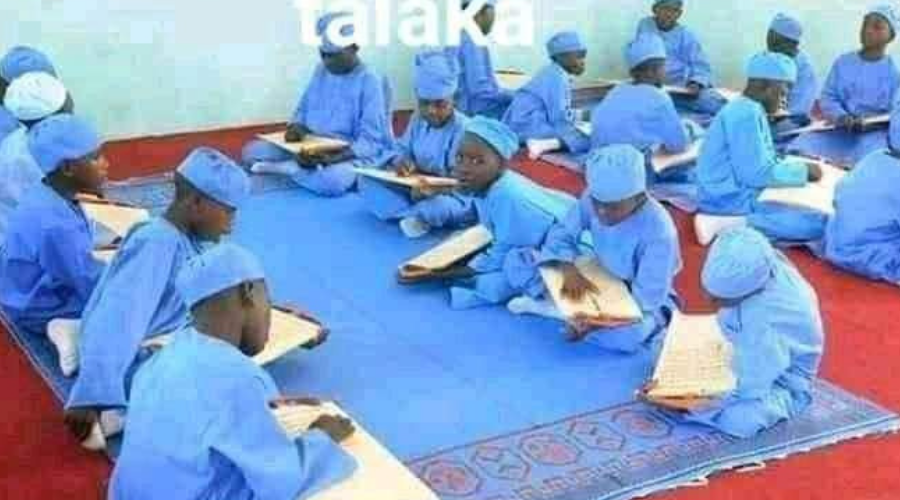 Some Almajiri students studying in a better learning environment ( Source; Bulama Cartoons) Isn't the above picture a better, healthier environment for these brilliant boys than the dirty, open space most of them now study in?

Currently, there are groups and individuals clamouring for the reform of the Almajiri system. One of them is the KDC foundation which is working with some Northern states to reform the system.

The KDC is working with Kano, Katsina, Zamfara, and other state governments across Northern Nigeria, and has since developed a curriculum model for teaching and learning in Tsangaya schools.

This isn't the first attempt to modernise the system; the GEJ administration came up with a comprehensive plan to completely reform the system, while still maintaining the Qur'anic education taught to these kids.

However, governments have not so far taken the initiative to reform the system, for reasons best known to them.

Sometimes I feel maybe, just maybe, those in power enjoy seeing many of their people in rags. Just maybe...