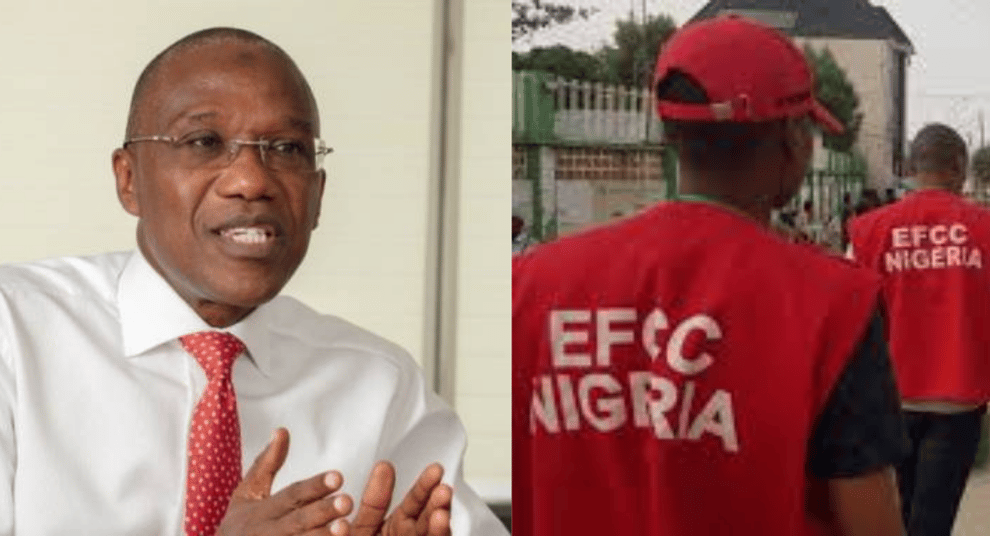 AMCON MD was arrested and detained by the Economic and Financial Crimes Commission on Wednesday, January 19, 2022.

Kuru is accused of asset diversion and selling of seized assets to cronies below value by businessmen accused of loan default with banks, according to a report by Sahara Reporters.

The development comes months after Kuru began his second term in office as AMCON MD.

AllNews Nigeria as at the time of filing this report could not ascertain if Ahmed Kuru is still in EFCC net as the anti-graftspokeperson, Wilson Uwujaren promised to revert back.

Wilson said, "I am currently not in office as we speak, I will revert back once I get back to the office".

Meanwhile, in July 2021, while attending the retreat of the senate committee on banking, Kuru had said AMCON recovered N1.48 trillion out of N4.158 trillion from bank debtors.

He had also said the agency still has 7,902 outstanding obligors with a total outstanding loan of above N3.1 trillion.