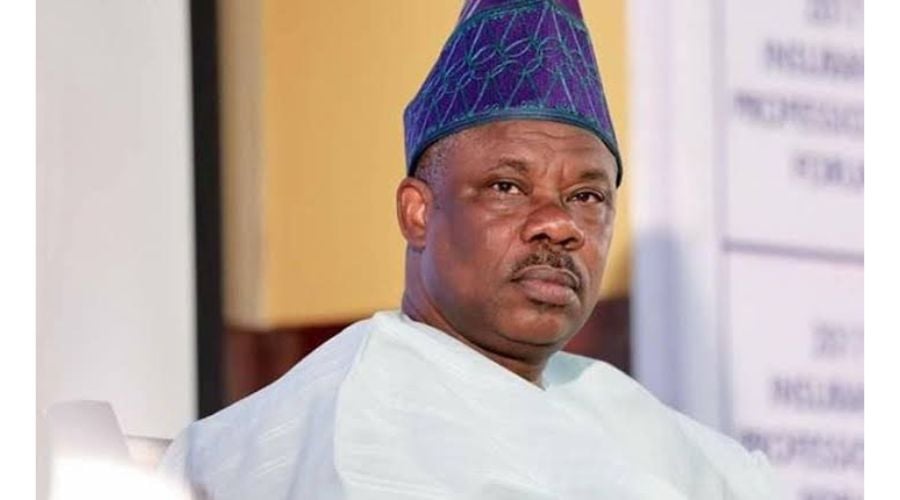 The All Progressives Congress (APC), Ogun State Chapter, has stated that the media statement credited to Senator Tolu Odebiyi, in which he reportedly said the Ogun State Governor, Prince Dapo Abiodun, refused to accept reconciliation within the ruling party was a lie.

The party declared in a statement signed by Tunde Oladungoye, Ogun APC Publicity Secretary that it was actually the immediate past governor, Senator Ibikunle Amosun, who refused to be reconciled despite interventions of the Awujale of Ijebuland, Oba S.K. Adetona as well as close friends and colleagues.

This was contained in a statement issued in Abeokuta and signed by the APC State Publicity Secretary, Tunde Oladunjoye.

Oladunjoye who described Odebiyi’s statement as a product of frustration added that his choice of abusive words and gutter language was unbecoming of someone of his status.

He stated that Amosun's lies were wishy-washy statements.

“The attention of the All Progressives Congress (APC), Ogun State Chapter has been drawn to a media statement credited to Senator Tolu Odebiyi and published in some media where false allegations were levelled against Governor Dapo Abiodun of Ogun State on issues of reconciliatory efforts within our dear party.

“Ordinarily, we would not have joined issues with Senator Odebiyi, but the fact that he so much unashamedly and barefacedly peddled white lies that are really unexpected from a Senator of the Federal Republic of Nigeria.

“We elect not to join Senator Odebiyi in his lamentations traceable to his rejection by his constituents at the last APC senatorial primaries; a frustration that was obvious in his choice of abusive words and gutter language unbecoming of someone of his status.

"However, we want to say emphatically and for the avoidance of doubt that the Senator lied throughout his wishy-washy statement.

“Our party challenges the Senator to tell the general public where any reconciliatory meeting was called; when and who convened the meeting and who attended.

“On the other hand, it was actually the immediate past governor who refused to be reconciled despite interventions of close friends, colleagues, and the revered Awujale and Paramount Ruler of Ijebuland, Oba S. K. Adetona.

"The former governor disrespected the Awujale by shunning the peace moves of the elderly and highly respected royal father who has spent over 60 years on the throne, insisting he was not ready to reconcile with Governor Dapo Abiodun.

“The discerning public, therefore, knows who is playing God with empty boasts and spreading misleading information.

"Senator Odebiyi should have found out the truth from his sponsor before coming to the public with the latest concoction, which is a figment of his imagination.

“We dare the abusive Senator to showcase his achievements and record of service to the people of the Ogun West Senatorial District in the last three years.

"His total failure culminated in his rejection at the party primary where, after three years of uneventful stay at the National Assembly, he scored zero vote.

“Our Governor is a man of peace. His inclusive policy has even attracted juggernauts from opposition political parties in Ogun State into the APC.

"The Governor’s style of politics without bitterness has brought tremendous peace to Ogun State since the inception of the incumbent Administration.

“We don’t want to take the Senator’s statement as his valedictory speech. However, events in days and weeks to come will be full of revelations.

“For APC as a party, and with our government in power, we wish to reaffirm our unwavering commitment to peace and development in Ogun State and the delivery of dividends of democracy to the good people of Ogun State, regardless of the provocations and shenanigans of sore losers whose camp has been decisively depleted and decimated.”