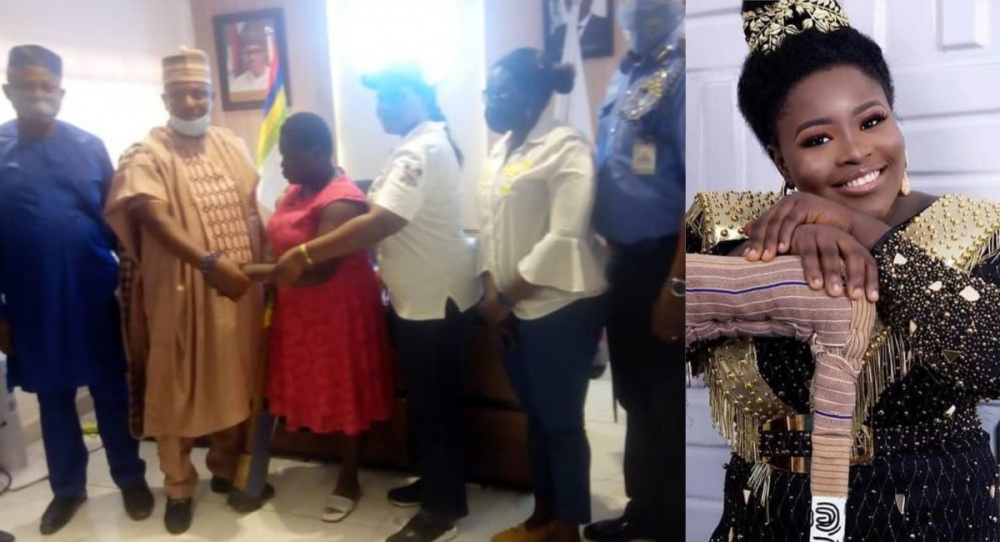 Mary Daniel the amputee hawker's story has taken a shocking twist as the Lagos State Government (LASG) has handed her over to Kogi traditional leader in Lagos, a Non-Governmental Organisation (NGO), Irede foundation following a report about her 'false life story.

The amputee hawker's life story which attracted sympathy from numerous Nigerians both home and abroad was discovered to have been fabricated following strange calls that Daniels had continued receiving from a team who were instrumental to her fortune in Lagos.

Recall weeks ago after pictures of Mary selling water at Oshodi emerged on social media, she claimed she lost a leg in an accident that killed all passengers, including her parents when she was a teenager but in a recent update on Wednesday, it was discovered the 26-year-old homeless amputee and single mother's father is still alive contrary to her initial claim.

Furthermore, it was discovered that Mary’s mother truly died but was not through an auto crash as earlier narrated by Daniel.

Discovering otherwise identity of the amputee hawker, the Office of Special Adviser on Civic Engagement to Lagos State Governor, Princess Aderemi Adebowale-Owoeye handed her over to the appropriate authorities for further investigation.

Daniel was handed over to the traditional leader, Irede foundation, and other agencies on Wednesday with about N25 million in her private account.

Confirming the handover, Commissioner of Police Hakeem Odumosu said, “The police were there but she was not handed over to us. She was handed over to Social Welfare. There were irregularities and lies in the account of her life she gave.

“It was also discovered that her presence in Oshodi was staged. Those working with her played on the intelligence of Nigerians to get donations for her.

” It came to light when the people started threatening her. She promised some N500,000 others different amounts and was planning to return to her home state when the information leaked.

“I had to attach some policemen to her to prevent any attack on her when she went to the bank. We suspected those people might follow her but everything went well as they were not seen.

“Presently, the state government is preventing her from accessing the money.

“The government does not want a situation where it will become a trend for people to cook up stories, manipulate the people to get donations.”