Anambra: 11 Of 14 Aspirants Call For Fresh Primary After Rejecting Results 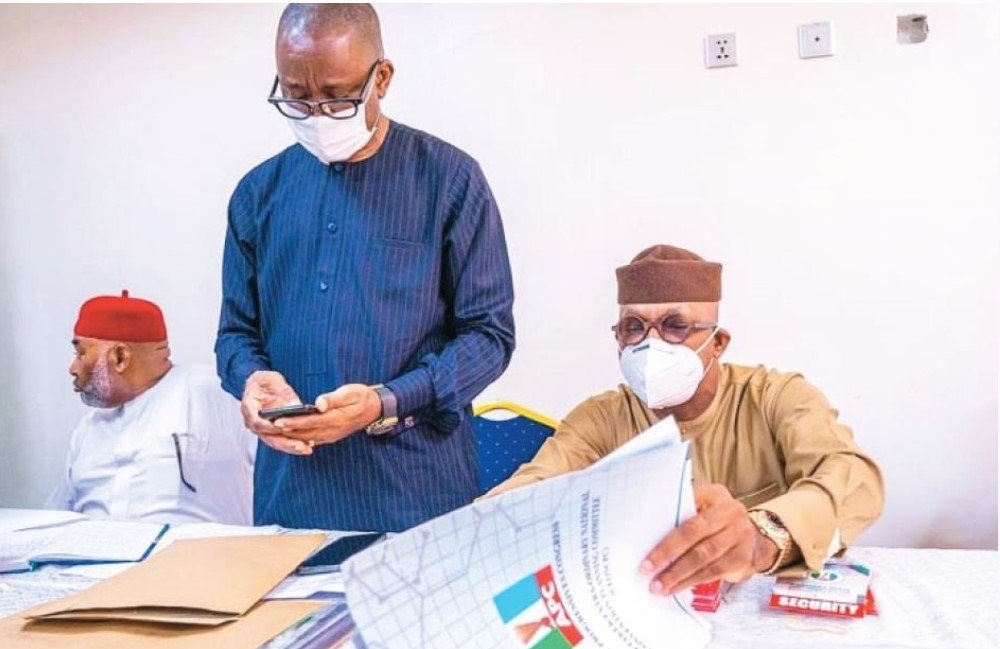 File Image of the APC Primary in Anambra

Aggrieved governorship aspirants under the auspice of the All Progressives Congress (APC) in the just concluded governorship primary in Anambra State have called on President Muhammadu Buhari and the party to conduct a fresh poll to decide the standard-bearer for the party in the November 6 poll.

The Governor Dapo Abiodun-led APC Governorship Primary Committee had announced Senator Andy Uba as the winner of the primary which was held on Saturday in Awka.

However, 11 of the 14 aspirants rejected the outcome and threatened to lodge a formal complaint against the Ogun State governor and his team.

Speaking on behalf of the aggrieved aspirants, the Managing Director and Chief Executive Officer of the National Inland Waterways Authority, George Moghalu, said the primary that produced Uba as the candidate of the party was “vexatious and fraudulent.”

Speaking at a press conference in Awka, Moghalu said, “Anybody who claimed that there was a primary election in Anambra APC governorship is fraudulent and does not wish APC well in the November 6 election.”

He appealed to the leadership of the party, especially President Buhari, to rescue the party from doom “by conducting a fresh primary” where all the aspirants would participate in the contest.

In response, Uba described his victory as a collective one, urging his co-aspirants to join hands with him to win the governorship for the party in November.

He said, “ I’m mindful that our lofty dream can be achieved by being focused and united. I have accepted to be the party’s flag bearer for the 6th November polls and appeal to my co-contestants to join hands with me to deliver the state for APC.

“I wish to use this opportunity to thank INEC officers, my family, my campaign Director-General, Paul Chukwuma, and my campaign team for the role they played towards making the election a successful one.”