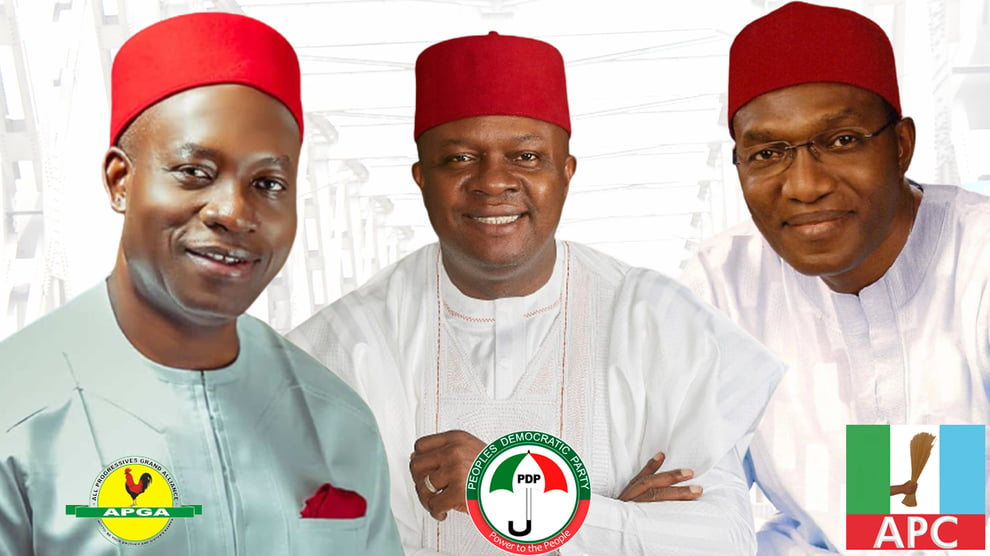 The candidate of the People's Democratic Party (PDP) in the just concluded Anambra gubernatorial election, Chief Valentine Ozigbo has commended the winner of the election, Prof Charles Soludo for emerging victorious.

Ozigbo who indicated that he called Soludo who ran under the platform of All Progressives Grand Alliance (APGA) on Wednesday to congratulate him said he wished the Governor-elect well in his new assignment.

"I have just called Professor Chukwuma Soludo and congratulated him on being declared the winner of the Anambra State Governorship elections, 2021. I wished him well and prayed for his success.

"Let me also use this opportunity to congratulate all the men and women who contested our dear state’s governorship this year. You all have shown a determination to see that Anambra is better. It was an honour to run this race with you.

"Two years ago, I decided to go into active partisan politics with a number of objectives in mind.

"First, to use Anambra to set an example of excellence in governance. The second was to unify Anambra and Ala Igbo around a shared vision of greatness. The third was to inspire more professionals to go into politics. I believe that attainment of these would go a long way in changing the story of black men and women in this world for the better.

"Pulled by the vision of a better and brighter Anambra, we set out on the quest for governorship, resolute on taking revolutionary steps to address the decay and decline in security, infrastructure, education, healthcare, the environment, and all other social systems meant to serve the people.

"As laid out in our Ka Anambra Chawapu Manifesto, we planned to transform Anambra into the most competitive sub-national economy in Nigeria by opening up public, social, and commercial spaces leveraging on the strength of our youth and women. Ultimately, to make Anambra the pride of Nigeria.

"Given where we started and where we are today, we consider ourselves winners. Our Ka Anambra Chawapu message has permeated the consciousness of Ndi Anambra, and the nation at large. It is the strongest message that has come out of Anambra 2021, and it continues to beat in the hearts of Ndi Igbo.

"On unifying Ala Igbo, I believe that every Igbo person now understands that they have a voice in me because I will forever speak in the interest of the Igbo Nation and the rest of the marginalised and forgotten in Nigeria.

"During this journey, especially in the last months, I have met many professionals who have been inspired into politics by our message and asked me how I got to this level in my first attempt. I urge them to keep the faith. Don’t ever let the candle that has been lit in you dim. Our country needs your active participation in her affairs.

"We documented our grand vision for a brighter and better Anambra and presented it to our people with the energy to implement it. Though we may not have the opportunity in the immediate to get it started, we will be holding the government in power accountable to ensure that the welfare of the people is foremost in their actions at all times.

"I acknowledge that we could not have done this alone. I am a child of Grace. I thank the Almighty God who chose me for this mission for His abundant mercies and love.

"I thank all the courageous men and women who first believed in me, many of them without knowing me well. You are the heroes of our Ka Anambra Chawapu Movement. I also thank everyone who believed, even without meeting me, who heard our message and came out in full support.

"I am grateful to every single person who joined our movement and contributed in one way or the other. The thousands who showed us so much love, from youths and women in the grassroot, to those in the diaspora, to the Non Indigenes, various church groups across all denominations, market women, civil servants, artisans, and many more. Thank you for your prayers, your material, financial, and intellectual contributions. May the Lord reward you abundantly.

"I thank the leaders and pillars of our great party, the Peoples Democratic Party (PDP), at the national (especially the PDP Governors), state and ward levels who stood by us and worked tirelessly to win the mandate of Ndi Anambra. I appreciate your amazing support and friendship.

"Most importantly, I thank the entire Ndi Anambra – home and abroad. The openness, love, and enthusiasm with which you received us, especially as we campaigned across the state, is one that my wife, my running mate and I will cherish forever.

Ozigbo however alleged that the election which produced Soludo was fraught with numerous electoral irregularities sponsored by the state government in favour of the party in power.

"This election was fraught with a lot of short-comings on the part of various government institutions. The security agencies failed to provide a peaceful environment for campaigns to hold. On election day, they were absent from many polling centres leading to elections not holding or held in situations that allowed for chaos and fraud.

"The national electoral commission presented untrained and poorly trained staff who could not operate the voting machines in many places. They failed woefully in providing logistical support for their staff and so elections started very late in many places and did not hold in many others.

"The use of government funds and resources to corrupt, coerce, and intimidate voters, PDP party agents, and electoral officials was a major factor in determining the outcome of this election.

"All of these led to the disenfranchisement of the greater percentage of voters and staining the course of democracy. I will be dedicating time to champion the positive change we need to ensure that future elections are truly free and fair and that the will of the electorate prevails.

"Denominational politics was also a factor. We need to do a lot more to ensure that competence is never sacrificed on this altar, and that democracy is practiced in line with its truest tenets.

"In all, I am more determined to working for a better future for our children by remaining in active politics and rebuilding our party to be more united and more robust for those who come after us. Ka Anambra Chawapu."