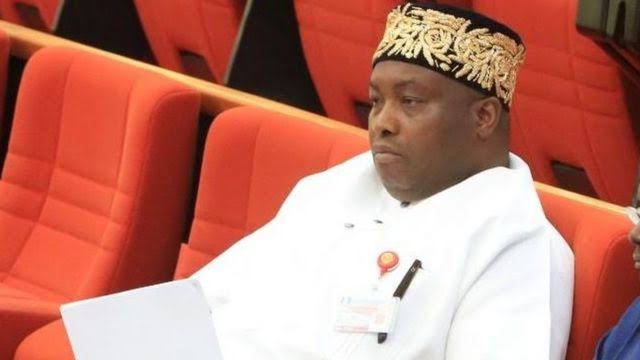 Candidate of the Young Progressive Party (YPP), Senator Ifeanyi Ubah has dismissed insinuations from the camp of All Progressives Grand Alliance (APGA) camp that he has concluded plans to collapse his structure for Prof Chukwuma Soludo.

The Director, Media and Publicity Senator Ifeanyi Ubah Campaign Organisation, Chuks Ogbonna, in a statement in Anambra stated that Ubah remained the only candidate that had toured the 21 local government areas of Anambra State.

“Our attention has been drawn to mischievous and misleading speculations by some APGA agents since yesterday suggesting that Senator Ifeanyi Ubah, the candidate of the Young Progressives Party (YPP) has collapsed his structure to the dying ruling party in the state, APGA .

“Such speculation is laughable, childish and another resort to worn out political gimmick and shenanigan by APGA, as Senator Ifeanyi Ubah is already marching to victory under the banner of YPP, which enjoys overwhelming support in all the nooks and crannies of Anambra state.

“Indeed, nothing can be further from the truth as every sensible son and daughter of Anambra State already knows that such speculation by APGA agents is just a pipe dream given the level of commitment that the Distinguished Senator has displayed since the race for the governorship election in the state commenced.

“It is on record that Senator Ubah, till date has been the only contender in the race that has toured the entire 21 Local Governments Areas in the state and also took his campaign to our people residing in over five states in the United States of America, Lagos, Abuja among others.”

“It is indeed to our utmost dismay that the embattled candidate of APGA, Professor Soludo who was accompanied by Chief Victor Umeh and Chief Ben Obi (Mbuze Agulu) on their fund solicitation visit to Chief Arthur Eze, allowed his media team to peddle lies against Senator Ubah despite his strict warning to them not to indulge in such in addition to his initial refusal to take pictures with them on the suspicion that they will do exactly what they did yesterday given their antecedents.

“We, therefore, call on Ndi Anambra who are already thoroughly traumatised by quantum of lies and propaganda that the APGA media team has churned out in the last 7 years of its administration, to as usual ignore these present antics and stay focused on their choice candidate, Senator Ubah ahead of the November 6 election.”