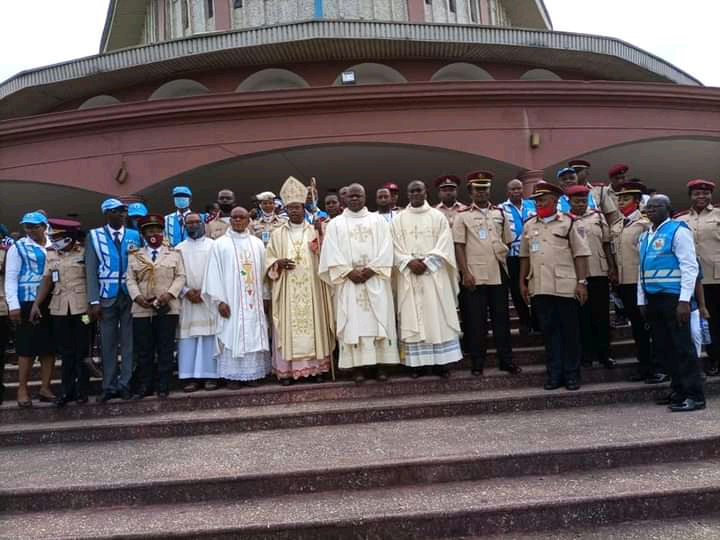 The third Sunday of every month of November, every year was declared by the United Nations General Assembly in 2005, as the World Day for Remembrance of Road Traffic Victims.

The day offers an opportunity to increase public awareness of the burden of road traffic collisions on individuals, families and communities and to emphasize the need to initiate and promote efforts to control this major public health and development problem.

During the service, tributes were paid to all those who had lost their lives to road accidents while a minute silence was observed in their honour.

The Catholic Bishop of Awka Diocese, Most Reverend Paulinus Ezeokafor said there is need for safety on the road. He also assured the command that the church will always commit their activities in prayer.

Speaking on the occasion, the FRSC Anambra State Sector Commander, who was represented by Deputy Corps Commander in charge of Administration and human resources, Chika Akachukwu , said the remembrance was an exercise to reflect on the value of life and advised road users to exercise caution and be patient on the road.

The State Coordinator of Special Marshals, Ismile Patrick, noted that the FRSC is not out to harass people or  unnecessarily collect fines but to ensure safety and protect lives, advising road users to obey road signs and cooperate with the Commission in the fight against road crashes.

This year’s remembrance in the state also featured prayers in mosques and churches as well as a visitation to road traffic victims in hospitals.