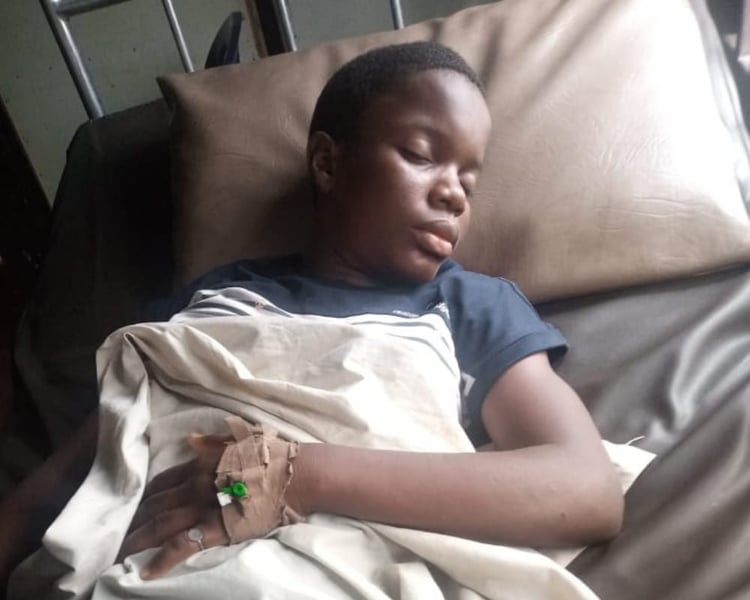 A landlord in Anambra State is currently on the run after beating a 12-year-old daughter of his tenant to coma.

The landlord identified as Emmanuel Onyekonwu who owns No. 25 Awgbu Street, Idemili North Local Government Area, reportedly vanished into thin air after being grilled by police investigators at the Ogidi Police station over the crime.

It was also gathered that the victim Blessing Edeh is battling for her life at the intensive care unit of the Balm-In-Gilead hospital, Omagba, near Onitsha.

The daughter of tenant, Kenneth Edeh, was said to have escaped death by the whiskers after being beaten to a pulp by the landlord and his wife.

“On hearing about the quarrel, the landlord’s wife rushed to the scene and started accusing those other children of throwing the stone at her children and at this juncture, Blessing (the victim) who was by the side watching the drama, swiftly told the wife, 'Aunty, it is your children that threw the stone to those children when they were passing-by.'

“Later, Blessing and some children went to fetch water and on seeing Blessing, the landlord’s wife rushed and pounced on her like a wounded lion, slapping and beating her.

“In the process, her husband, the landlord rushed and took over the beating, hit her on the chest, leg and head with a block and pressed her hard on her breasts and neck,  resulting in one of her breasts swollen and she slumped.

“On seeing that she was about dying, the landlord and wife wanted to run but were held by some youths who witnessed what was happening and was about lynching the landlord if not for pleas from some elders that Blessing be rushed to a nearby hospital immediately by the couple.

According to the victim’s mother, Francisca Edeh, “The Medical Director of Balm-In-Gilead Hospital where my daughter is hospitalised directed us to go for an X-ray at Iyi-Enu hospital and as we were going, the couple vowed to deal with us and directed their lawyer to serve us with a quit notice and could not pay the N60,000 billed for the  X-ray and other medical bills at Iyi-Enu hospital, Ogidi.

“My husband then sought for rescue from Barr. Elysius K. Moneke who came to the hospital with the landlord’s lawyer and both condemned the action of the landlord, pledging to assist the victim for quick recovery.

“However, as the threat from the couple continued, I went and lodged the matter at Ogidi Police Station and police came to effect the arrest of the couple but they refused to open the door and the police dropped an invitation note and asked me to come to the station the next day.

“When I came, I was told by the police that he jumped bail and as I am talking to you now, he is nowhere to be found and the police said they are still looking for him."

When contacted, counsel to the victim’s father, Barr. Elysius K. Moneke, revealed: "Mr. Kenneth Edeh came to me for help over what the landlord and wife did to their daughter and said that the landlord boasted that he has the money and that the couple were poor people that could not withstand his financial muscle.

“That is the reason why l am ready to assist the victim and her parents.

"I have gone to the hospital and spoken with the Medical Director and he told me that the landlord could not even produce the N60,000 bill for X-ray and others at Iyi-Enu hospital.

“We shall meet in court. I was told he is on the run. If he likes let him run to the moon.

"The police are inviting all the warring parties again tomorrow, Wednesday and I will be there.

"The small girl is still in the hospital, no food, drug and money from the couple that put her in this condition."

A text message put across to the Ogidi Divisional Police Officer, DPO, Ekuri Remigius, (CSP) has not been responded to but a senior police officer who pleaded anonymity said, “The suspect jumped bail, we are looking for him.”