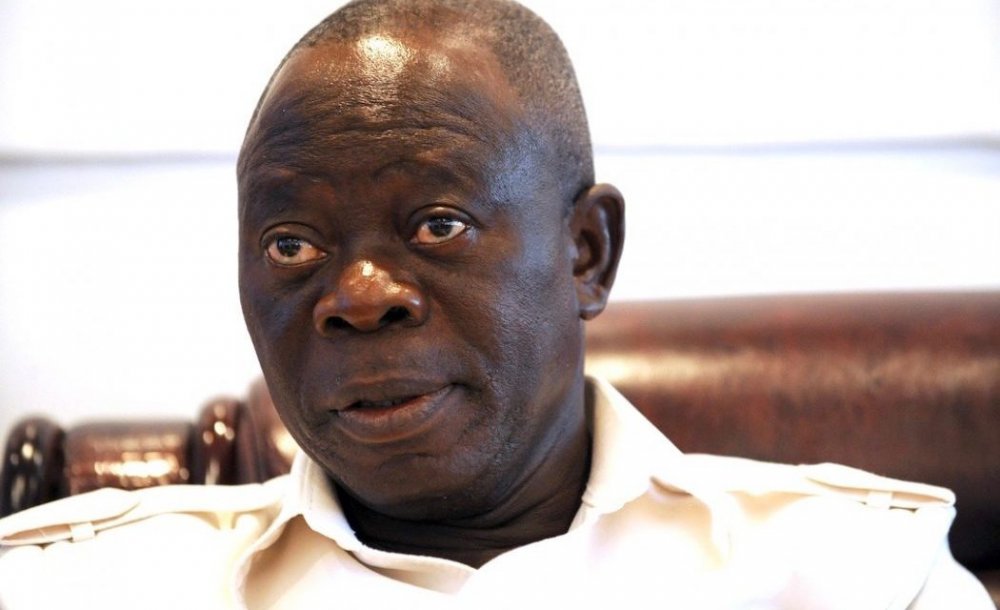 The All Progressives Congress (APC) national chairman, Adams Oshimhole, in a bid to solve the rancour in the party, agreed that some disagreements have been going on amongst the members.

The chairman, who was recently reinstated addressed some of the members at the National Working Committee (NWC) meeting held at the party secretariat on Tuesday.

Recall that Mr Oshiomole was on the verge of being removed as the party chair save for the intervention of the APC national leader, Bola Tinubu, and President Muhammadu Buhari.

Allnews gathered that the APC secretariat in Abuja was filled to the brim as Mr Oshiomhole in the company of a majority of the NWC members later addressed journalists on the status of the party.

Among the NWC members present is deputy national chairman (South), Abiola Ajimobi; the deputy national secretary, Mr Giadom; the party’s national auditor, Paul Chukwuma; vice-chairmen of some of the geo-political zones except that of North-east, Salihu Mustapha.

“This NWC is not divided,” Oshiomhole said.

The embattled party chair however made some clarifications. “It is true that we have arguments, it is true that some people must have been provoked to approach the court, but it is also true that deep in our hearts, no one of us wants to destroy our party."

“It can only be unusual when we fight each other, quarrel with one another, we develop that level of animosity that we become incapable of sitting down, put on our thinking cap, reminding ourselves that the things that are binding us together are more than what divide us,” Mr Oshiomhole said.

Reacting to the widely referred suspicion that some of the party’s governors want him removed and allegations of denying Edo Governor, Godwin Obaseki, a return ticket, Mr Oshiomhole said: “I am not capable of being biased by the very background I am from and I recognise that one tree cannot make a forest, however that tree might think of itself.”

Allnews notes that Messrs. Oshiomhole and Obaseki have been at loggerheads in recent months.